(CNN) -- The works of David Foster Wallace, who committed suicide September 12, are famous for their obsessively observed detail and emotional nuance. 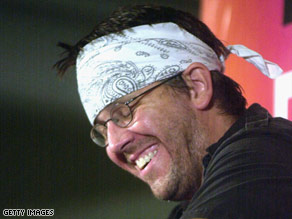 Certain characteristics of his prose -- hypersensitivity and constant rumination, or persistent contemplation -- reflect a pattern of temperament that some psychology researchers say connects mental illness, especially bipolar disorder and depression, with creativity.

There have been more than 20 studies that suggest an increased rate of bipolar and depressive illnesses in highly creative people, says Kay Redfield Jamison, professor of psychiatry at Johns Hopkins University and author of the "An Unquiet Mind," a memoir of living with bipolar disorder.

"Unquestionably, I think a major link is to the underlying temperaments of both bipolar illness and depression, of reflectiveness and so forth," Jamison said.

This theory could help explain why eminent artists throughout history, from composer Robert Schumann to poet Sylvia Plath to Wallace -- suffered mood disorders.

"It's pretty clear if you read [Wallace's] books that he was a very obsessive, kind of ruminating guy," said Paul Verhaeghen, associate professor of psychology at Georgia Institute of Technology.

"If you think about stuff in your life and you start thinking about it again, and again, and again, and you kind of spiral away in this continuous rumination about what's happening to you and to the world -- people who do that are at risk for depression," he said.

Verhaeghen, who is also a novelist and describes himself as a "somewhat mood disordered person," had a particular interest in the connection between creativity and this ruminating state of mind.

Sensitivity to one's surroundings is also associated with both creativity and depression, according to some experts.

Creative people in the arts must develop a deep sensitivity to their surroundings -- colors, sounds, and emotions, says Mihaly Csikszentmihalyi, professor of psychology and management at Claremont Graduate University in Claremont, California. Such hypersensitivity can lead people to worry about things that other people don't worry about as much, he said, and can lead to depression.

"The arts are more dangerous [than other professions] because they require sensitivity to a large extent," he said. "If you go too far you can pay a price -- you can be too sensitive to live in this world."

Terence Ketter is professor of psychiatry and behavioral science at Stanford University.

But more research is needed, says Ketter. The study does not explain the connection or show a causal relationship, he said.

Some have pointed out that being engaged in creative pursuits makes a person more open to experience, while others say the pressure of being engaged in the arts causes negative emotion, according to Ketter.

Still, the temperamental characteristics in question are thought to be somewhat inherent.

"It's a little hard to argue that engaging in creative activity could create the temperament, and it may be a little bit more possible that this temperament gives you a creative advantage," he said.

Verhaeghen's theory that rumination contributes to negative emotions generally sounds plausible and in some ways consistent with his own views, said Ketter.

Many hope that this type of research will be helpful in developing better strategies to manage and detect mental illness. These strategies can sometimes mean the difference between life and death.

"Tragically, mood disorders can still present a sudden death in people who have been undiagnosed and untreated, and die from the illness," says Ketter.

All About Depression • Bipolar Disorder