WASHINGTON (CNN) -- Sen. Barack Obama's vice presidential search team on Tuesday shared with a Democratic senator the names of about 20 people under consideration to be the presumptive Democratic nominee's running mate. 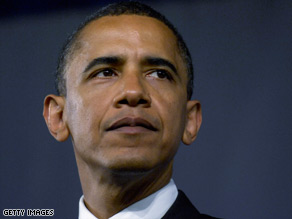 Sen. Barack Obama has a broad spectrum of candidates as potential running mates.

He said many of the names already have been "bandied about" in the media, but others were "outside the box."

He declined to give examples.

Conrad said the team wanted his impressions about the people considered, the "respect" others hold for them and their "standing with their colleagues." The list may not have included everyone under consideration.

Two of the three members of the search team, Jim Johnson and Eric Holder, came to Conrad's Capitol Hill office Tuesday morning for a "wide-ranging" and "free-form" meeting that lasted about 40 minutes, Conrad said.

The third member of the team, Caroline Kennedy, was not there.

They spent about 30 minutes with Reid on Monday before heading over to speak with House leaders, a senior Democratic aide said.

House Majority Leader Steny Hoyer said he had a "good, long discussion" with Johnson and Holder and added, "They mentioned a lot of names."

Obama brushed aside the notion Tuesday that Johnson, who heads the vice presidential search committee, contradicts the campaign's message because he has received favorable loans from Countrywide Financial, one of the companies at the center of the nation's mortgage crisis.

"I am not vetting my VP search committees for their mortgages," Obama said in St. Louis, Missouri.

"This is a game that can be played -- everybody, you know, who is anybody who is tangentially related to our campaign, I think, is going to have a whole host of relationships."

The comments come two days after The Wall Street Journal reported that Johnson was the recipient of more than $7 million worth of home loans from Countrywide, made available through a program for friends of the company's chief executive officer. Ticker: Obama beats back criticism over head of VP search

Obama said last week that he would not respond to pressure from others about his choice of a running mate.

"We have a committee that's made up of wonderful people. They are going to go through the procedure and vet and get recommendations. I will meet with a range of a people, and I will ultimately make a decision. iReport.com: Who should Obama, McCain pick?

"I am a big believer in making decisions well, not making them fast and not responding to pressure," he said.

Although Obama's campaign has not released the names of any front-runners for the VP spot, there's been a lot of speculation about who he will pick.

Sen. Hillary Clinton, whose tenacious refusal to surrender the nomination contest turned the Democratic race into one of the most nail-biting in modern U.S. political history, has indicated that she would be willing to sign up on a joint ticket.

Ohio Gov. Ted Strickland, who has often been mentioned as a possible vice presidential pick, said Tuesday that if asked, he would "absolutely not" join the party's presidential ticket this fall.

Strickland, who backed Clinton during the primary season, told National Public Radio's Michele Norris that he was taking himself out of the running.

The swing state governor, who has endorsed Obama, dismissed the idea that all potential running mates deny interest in the job.

"No, I don't think they all say that. I've heard people say, 'you know, if I was asked, it would certainly be something I would have to consider.' That does not mean that I am any less committed to helping Barack Obama become the next president."

Indiana Sen. Evan Bayh, who has served on both armed services and intelligence committees in the Senate, has been mentioned as a possible contender.

And ever since New York Mayor Michael Bloomberg ruled out his own independent bid for the presidency, he's been seen as a potential running mate for both Obama and John McCain, the presumptive Republican nominee.

Wesley Clark, a former NATO commander who failed in his bid for the 2004 presidential nomination, could be in the running, along with a slew of current politicians including Gov. Ed Rendell of Pennsylvania, Gov. Kathleen Sebelius of Kansas and Sen. Jim Webb of Virginia.