Commentary: Letter to Obama on the Muslim world

Editor's Note: Arsalan Iftikhar is an international human rights lawyer, founder of www.TheMuslimGuy.com and contributing editor for Islamica Magazine in Washington. This is one in a series of letters to the new president that will appear on CNN.com in the next several weeks. 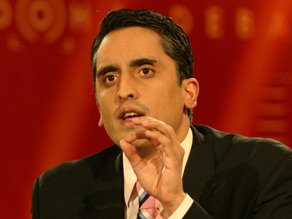 Arsalan Iftikhar says the Muslim world is looking to Barack Obama for leadership on many key issues.

(CNN) -- First of all, as one of more than 66 million Americans of all races, religions and ethnicities who voted for you, your electoral victory was one of the proudest moments of our collective lives.

As our American political history witnessed the magnitude of our nation's first African-American president, our society was also able to collectively (and finally) exhale, knowing that the mailbox at 1600 Pennsylvania Ave. would now read "Obama" instead of "Bush."

With hardly a moment's rest, as you transition toward Inauguration Day, our nation (and the rest of the world) will not wait for long before seeking your leadership on many pressing global issues.

From an economic recessionary mess to a perpetually broken health care system with 46 million American neighbors as uninsured casualties, your soon-to-be administration will face some monumental domestic and foreign policy issues that will affect us for generations.

From an ill-conceived war in Iraq to an oft-forgotten war in Afghanistan, from global flashpoints from Tel Aviv to Islamabad, your diplomatic and political interaction with the Muslim world may decide the success (or failure) of your foreign policy legacy.

Your unenviable task will be to undo the catastrophic policies of George W. Bush and his fellow neoconservative ideologues, facing the specter of al Qaeda's sinister terrorism while undertaking public diplomacy efforts addressing anti-Americanism around the world.

Similarly, since the tragedy of September 11, the global Muslim community has continued its own daunting task of undoing catastrophic damage caused by Osama bin Laden and his creepy terrorist cronies.

From global debates on religious extremism broadcast on BBC World Television to global interfaith outreach with the Vatican, we Muslims are in the midst of our own internal dialogue condemning terrorism and reclaiming the mantle of Islam from the rusted claws of dinosaur extremists.

Again, let it be known to the world that Barack Obama is not (and has never been) a Muslim. Sadly, your presidential position vis-à-vis the Muslim world is still unenviable because some Republican adversaries sinisterly tried to paint you as a "crypto-Muslim" during the presidential election, although Sen. John McCain did not join in these absurd accusations.

However, in one fell political swoop, former Secretary of State Colin Powell bravely challenged the xenophobic undertones of his own Republican Party on "Meet the Press" by highlighting the ultimate sacrifice of a Muslim-American soldier who died in Iraq for the United States.

Regarding Iraq, it is important for your administration to keep its promise of removing our troops in a "responsible and phased" manner. Furthermore, we need to press Iraq's elected leaders (Sunni, Shiite and Kurds) to take responsibility for their own democratic future by spending their $79 billion surplus of oil revenues on their own civil reconstruction.

Additionally, if any sort of prolonged military security presence is necessary, the League of Arab States should take an increased role and be recruited to provide some services in exchange for increased foreign aid development in education and health-care arenas for their impoverished people.

On Afghanistan/Pakistan, your administration must help re-launch an aggressive diplomatic effort to attain stability in the Federally Administered Tribal Areas (more commonly referred to as "Waziristan").

This is especially daunting because President Bush decided to support a tin-pot dictator named Gen. Pervez Musharraf for more than seven years. Thus, Bush's acceptance of a soft dictatorship in Pakistan has increased anti-American sentiment in the region.

In light of the assassination of former Prime Minister Benazir Bhutto and the September 2008 bombing of the Islamabad Marriott; for anyone to expect Musharraf to deliver on his democratic promises was like waiting for a Hershey's chocolate bar to belt out a Shakespearean sonnet.

On the subject of al Qaeda, according to a recent CNN report about a secret summit in Mecca, Saudi Arabia, Taliban leaders met under the auspices of the Saudi king with Afghan government officials to end the bloody conflict in Afghanistan.

Sources close to the historic discussions said the Taliban representatives said it was no longer allied to al Qaeda. This sends a resounding message that even Taliban members in the bubbling cauldron of Osama are now rejecting his ungodly principles as being un-Islamic and beyond the pale of human civilization.

On our domestic front, we must immediately close Guantanamo Bay, implement a universal health insurance system, stop racial profiling/domestic spying, improve No Child Left Behind and overturn every unconstitutional provision of the (in)famous Patriot Act.

As proud members of Generation Obama, more than 66 million Americans (and billions more worldwide) wish you Godspeed in your administration, and we will channel our collective "audacity of hope" and pray that your presidency will be a radiant silver lining within our collectively war-ridden, globally warmed and craven dark sky.

P.S. Please send Bill Clinton as chief diplomatic envoy for the Israelis and Palestinians; plus, tell him not to come back until he has a signed peace accord from both begrudging sides. He is probably the best qualified individual in America to serve as an honorable Middle East peace broker who will be respected by all sides because of his legacy at the Oslo Accords.