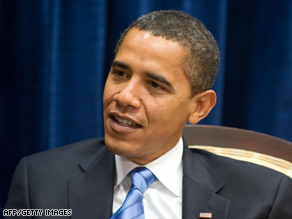 Spokesman Robert Gibbs said the team was notified Wednesday by Verizon Wireless that it appears an employee improperly went through billing records for the phone, which Gibbs said Obama no longer uses.

In an internal company e-mail obtained by CNN, Verizon Wireless President and CEO Lowell McAdam disclosed Wednesday that "the personal wireless account of President-elect Barack Obama had been accessed by employees not authorized to do so" in recent months.

McAdam wrote in the e-mail that the phone in question has been inactive for "several months" and was a simple voice flip-phone, meaning none of Obama's e-mail could have been accessed.

Gibbs said that while the Secret Service has been notified, he is not aware of any criminal investigation. He said he believes it was billing records that were accessed.

Gibbs said that anyone viewing the records likely would have been able to see phone numbers and the frequency of calls Obama made, but that "nobody was monitoring voicemail or anything like that."

Verizon Wireless, meanwhile, has launched an internal probe to determine whether Obama's information was simply shared among employees or whether "the information of our customer had in any way been compromised outside our company, and this investigation continues," according to McAdam.

In the e-mail, McAdam said that employees who were permitted access to these records will be allowed to return to work, but employees who accessed the account for "anything other than legitimate business purposes will face disciplinary action, up to and including termination."