Commentary: How Obama should fight al Qaeda and its allies

Editor's note: Peter Bergen is CNN's national security analyst. His most recent book is "The Osama bin Laden I Know: An Oral History of al Qaeda's Leader." This commentary is based in part, on a paper Bergen wrote for the New America Foundation, where he is a senior fellow, and an article he wrote for The New Republic in September, "A Man, A Plan, Afghanistan." 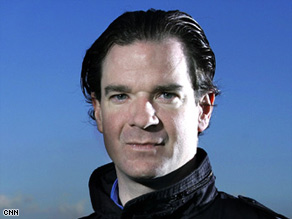 Peter Bergen says Pakistan is a key part of the strategy to succeed in Afghanistan.

(CNN) -- The Mumbai attacks remind the world that the intertwined problems of Pakistan, India and Afghanistan will be the most extreme foreign policy challenge that President Obama will face as he assumes office.

To dismantle al Qaeda and its allied jihadist groups, such as the Pakistani militant group Lashkar-e-Tayyiba that carried out the Mumbai attacks according to Indian and American officials, and also to bring peace to the entire South Asian region, the Obama administration should take the following measures:

1. Fight al Qaeda and its allies

Seven years after the September 11 attacks, the U.S. government must continue to improve its understanding of terrorist networks throughout the region to identify the linkages between jihadist groups from the Taliban to al Qaeda to the Kashmiri militant organizations such as Lashkar-e-Tayyiba that threaten not only the South Asian regional order but also global peace.

One of the building blocks of such a database should be the identification of suicide attackers in Afghanistan and Pakistan, which could be accomplished using DNA samples, accounts on jihadist Web sites, good intelligence work and media reports.

The mapping of the social networks of terrorists should also include identification of the clerical mentors of suicide bombers, as it seems likely that only a relatively small number have convinced their followers of the religious necessity of martyrdom. Armed with such intelligence, the United States and NATO could ask Pakistan, where most of the suicide attackers originate, to rein in especially egregious clerics.

The United States must re-conceptualize its Afghan policy as a regional problem. Al Qaeda and the Taliban are embedded in a sea of ethnic Pashtuns who live on both sides of the Afghan-Pakistan border.

In fact, there are more Pashtuns in Pakistan than there are in Afghanistan -- some 40 million altogether, according to the CIA World Factbook -- making them the largest ethnic grouping in the world without a state.

The next U.S. president should take every opportunity to make it clear that America's commitment to Afghanistan is not just until the next election cycle, but for years to come.

The American public, which understands that Afghanistan's reversion into a failed state would be a prelude to al Qaeda regaining a haven in the country, will support this approach.

Pakistan is holding on to its radical groups to assert de facto control over Afghanistan should the Americans withdraw; only a long-term U.S. commitment will persuade Pakistan's government to end its tolerance for the militant groups headquartered on the country's western border.

To help combat al Qaeda and the Taliban in Pakistan, the United States has earmarked $750 million in development funds for the Federally Administered Tribal Areas (FATA), the seven tribal agencies along Pakistan's border with Afghanistan, and $400 million to bolster the Frontier Corps, the local paramilitary force.

This is a good start, but it may be premature: The FATA is in the grip of a violent insurgency, and even the less violent agencies, such as Khyber, are unsafe. Reconstruction in such a context may not be possible.

A further problem is that the FATA, arguably one of the most strategically important places on the planet, is an information black hole, off-limits to all but locally based journalists. The Pakistani government should be encouraged to lift its de facto ban on travel there by international journalists -- as well as the similar bans in effect regarding Baluchistan and the North-West Frontier Province (NWFP).

To help tamp down the insurgency in FATA and other areas of the NWFP, America should help the Pakistanis build up their counterinsurgency capabilities. The Pakistani army is built for a land war with India, not for fighting terrorists and insurgents.

Pakistani officers should be encouraged to attend counterinsurgency courses at American war colleges, and the United States should support such courses at Pakistan's National Defense University. None of this would cost a lot of U.S. dollars and would yield potentially large results, as the new U.S. counterinsurgency strategy has done in Iraq.

Small amounts of U.S. aid in support of de-radicalization programs for jailed Pakistani militants could also yield large returns. Such programs that use clerics, psychiatrists and even former militants to work with jailed terrorists have had some success in Saudi Arabia, Indonesia and Singapore, but have not been tried in Pakistan.

Pakistani officials would benefit from learning about best practices in countries that have already spent years building up their own counter-radicalization programs.

The United States must also put serious diplomatic effort into settling the Kashmir dispute, which the Indians and Pakistanis have been moving forward on for the past several years with scant American support. Kashmir is a core grievance for many Pakistani Muslims and a training ground for jihadist terrorists, some of whom end up working with al Qaeda.

An equitable Kashmir settlement would curtail militancy and likely lead those elements of the Pakistani establishment who aid Kashmiri jihad groups allied with al Qaeda and the Taliban to withdraw their support.

As part of a regional grand bargain aimed at satisfying Pakistan, the United States should encourage Afghanistan to formally recognize the Durand Line of 1893 that demarcated Afghanistan's border with the British Raj and is the de facto border with Pakistan today.

Afghanistan does not recognize the Durand Line and so technically claims territory deep inside Pakistan's North-West Frontier Province. For Afghan leaders to continually complain about Pakistani incursions over a border they don't formally acknowledge as the international border makes no sense.

Finally, a regional grand bargain could be accomplished in part by the new U.S. president convening a meeting of key concerned states, as happened at the Bonn Conference in late 2001, and which set the course for the Afghan political compact that held up reasonably well until the past year or so.

The key players include Iran, Russia, India, China, Pakistan and NATO countries such as the United States, the United Kingdom and Canada, all of which have an interest in preventing the continued rise of al Qaeda and the Taliban. Such a conference would have the side benefit that Pakistan would finally get the message that the continued existence of a haven for militants on its western border is intolerable to the international community, including key allies such as China and the UK.

The new president should solicit matching funds from the Gulf nations, which are now sitting on one of the largest wealth transfers in history in the form of windfall oil profits. Those countries have so far done almost nothing to help the poorest Muslim country in the world.

In the 1980s, Saudi Arabia matched U.S. expenditures in Afghanistan dollar for dollar in the effort to defeat Soviet occupiers. It should do at least as much today to help with reconstruction, as should its neighbors. After all, the Gulf countries are belatedly beginning to realize that they are also threatened by the rise of global militant jihadists.

The opinions expressed in this commentary are solely those of Peter Bergen. His letter to the president about rescuing the war in Afghanistan appeared last month on CNN.com.