The big debate: Do record labels have a future?

LONDON, England (CNN) -- It's no secret that the music industry has not made an ideal transition into the digital era. 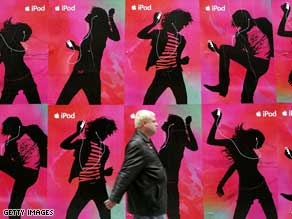 Is the iPod, iTunes and independent Web promotion the future of music? Or can record labels fight back?

Album sales are falling, P2P file sharing is rife, and a plethora of new artists are using the Internet as a platform for gaining international exposure.

With the introduction of MySpace Music, three major record labels -- Sony BMG, Universal Music Group and Warner Music Group -- are hoping to launch a counter-strike to the technological developments and online activities that have rocked their industry.

But, how far can the record labels go towards getting back those good old days where they were uncontested as they reaped the lion's share of profits from the music industry?

Experts CNN spoke to for a Just Imagine article had contrasting views on what the coming years hold for the industry.

"Radio on demand, in one's home, in front of the computer, which is what MySpace actually is, is not a sexy alternative to owning what you want and taking it to the beach, to the party, to your workout," he said, comparing it with Apple's iTunes and iPod.

Lefsetz feels the record labels have to face serious decline, unless they can come up with a new business model.

Music industry lecturer Andrew Dubber, meanwhile, believed the future would be characterized by change, and that there is no set model for the future of the recording industry.

Now, we want to know what you think.

Give us your views on the future of the music industry. Do you have a business model you think the record labels should adopt to build a strong future?

Or, do you think the industry has no future at all? Do you think Web sites like tunecore.com, rawrip.com and sellaband.com hold the power now?

Post your comments in the Sound Off box below. We'll publish the best.