DOHA, Qatar (CNN) -- At the age of just 36, Hesham Al Emadi is at the helm of an ambitious plan to create up to ten "Energy Cities" around the world. 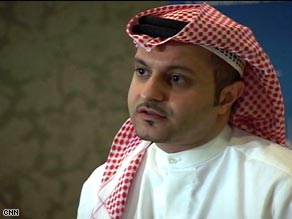 They will be regional hubs for the oil and gas industry, allowing every conceivable business associated with the sector to work side by side.

The first, in Qatar, worth $2.6 billion, will accept its first tenants next year. Others will be built in India, China, Kazakhstan, Algeria and Libya. The locations of another five are still to be announced.

As unlikely as it sounds, the Energy Cities are being built with the environment in mind. In Qatar, the low-rise buildings adhere to the Green Building Code; a set of regulations designed to ensure that every building on the site is energy efficient.

"It was a very challenging step we took in the beginning because of the nature of people here in the Gulf," Hesham Al Emadi told the Principal Voices debate on the "Economics of Energy."

"The availability of energy and the high subsidies of energy here in the GCC reduces the awareness of the importance of the economical and technical feasibility of energy conservation measures," he said, adding, "There is lots of ignorance. I think awareness is the major issue."

As a result, he said it was difficult to convince developers to adhere to the Green Building Code.

"At the beginning they were thinking this was only logos that we were trying to implement on the buildings."

"But once they looked at the implementation of applying the Green Building Code, they discovered it would require lots of investment, changes in the buildings that in the end would translate into higher costs."

Energy City management overcame resistance to the code by holding workshops to explain the long-term benefits.

Green building design can reduce the cost of air-conditioning by 30 percent; a considerable amount in the Middle East which relies on cooling systems to contend with summer temperatures approaching 50 degrees Celsius.

The emphasis on the environment might seem a little strange for a business built around digging up fossil fuels for energy, but Hesham Al Emadi is convinced that oil and gas will remain the world's main energy source for years to come.

"Oil and gas will continue to play a major role in the future, but the growing demand for energy will open the door for all other sources to play a role in meeting the high demand in the future."

He says record high oil prices should encourage investors to put their money in alternative energy.

Hesham Al Emadi was one of three panelists who took part in the Principal Voices debate on the "Economics of Energy," in Doha, Qatar on May 21, 2008. Here's what else he had to say.

"There is something which is really annoying me time to time. I think the politicians and the leaders all over the world need to be more honest regarding the issue of energy. Whenever the price of oil goes up, everyone talks about the energy, the environment, the C02 emissions, putting the blame on oil. Sometimes I think people are misusing the issues of energy to achieve political or economical gain in different parts of the world."

"If we are talking about another source of energy, I think nuclear [power] will have great potential in the future for a number of reasons: being able to produce energy on a large scale, the availability of raw materials and the fixed cost of production. I think nuclear might shift the trend in the energy market in the future if oil prices stay at this level."