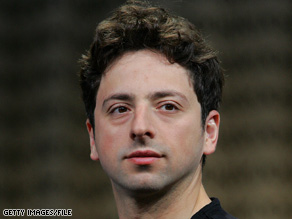 Brin's seat will be on a future orbital space flight, Eric Anderson, CEO of Space Adventures Ltd., said at a news conference.

In a statement, Brin credits Space Adventures with helping "open the space frontier to private citizens."

Two seats will be available on that trip. The mission is part of a deal with the Russian Federal Space Agency (FSA).

Its sixth customer, Richard Garriot, son of NASA astronaut Owen Garriot, is scheduled to take off in October. Garriot paid $35 million for his seat.