(CNN) -- Berlin is a city that thrives on contrasts: east and west, old and new, efficient and eccentric. 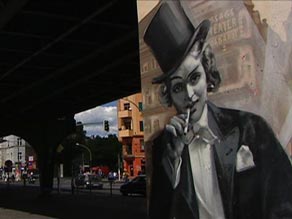 Berlin is an exciting city of contrasts

The city came to prominence as the capital of Frederick the Great's mighty kingdom of Prussia and it is filled with magnificent monuments to this golden age; but Berlin is still defined by the Cold War years, when the much-hated Berlin Wall tore the city in two.

Modern Berlin is a city escaping the weight of its history, yet while Berliners seem intent on inventing their own future, visitors will find themselves constantly reminded of the city's past.

The Memorial to the Murdered Jews of Europe, opened in 2005, is impossible to ignore. Although the design was, inevitably, controversial, the vast and abstract form is a bold attempt to convey the incomprehensible magnitude of the Holocaust.

A more surprising form of remembrance is the phenomenon known as "Ostalgie". Derived from the German words "ost" meaning east and "nostalgie", the term refers to a nostalgic yearning for the old German Democratic Republic.

This can be experienced first hand at the "Kunst und Nostalgiemarkt", which sells everyday knick-knacks from the old East Germany, and at the DDR museum. It is as if the speed and magnitude of the changes to East Germans' lives after the fall of the Berlin Wall left some East Berliners longing for the certainties of the old days.

The fall of the wall was a kind of year zero for Berlin and was followed by a wave of optimism, illustrated by the murals from that era at the East Side Gallery (the longest section of the Berlin wall still standing), but the integration of the relatively impoverished eastern section hasn't been easy and is an ongoing process. Although reunification undoubtedly hit the city economically, cheap rents and low living costs in the east led to an influx of artists and other creative types and the emergence of a vibrant subculture.

The years immediately following reunification were a time of squats, activists and techno. This bohemian Berlin was a kind of low-budget throwback to the Berlin of the 1920s and 30s, when it rivaled Paris as a center of the avant-garde and earned a reputation for decadence and non-conformity. The "anything goes" attitude of that era is alive and well in the city today.

Modern Berlin is "poor but sexy", as it was famously described by its Mayor, Klaus Wowereit. Unemployment is still around 15 per cent, yet the city has plenty of swanky bars, boutiques and funky neighborhoods.

The underground culture is still there -- the city is bursting with cutting-edge artists, designers, and musicians -- yet Berlin is also becoming increasingly gentrified; the warehouse clubs have been joined by Michelin-starred restaurants, drab socialist-era buildings are being converted to luxury apartments. In many ways, Berlin is today at yet another crossroads in its history -- and that's exactly what makes it so exciting.