(CNN) -- Tim, 33, is a Canadian who moved to Copenhagen in 2000 to study at Copenhagen Business School. He has been working full-time in Copenhagen since 2004, currently as a journalist for a bank. 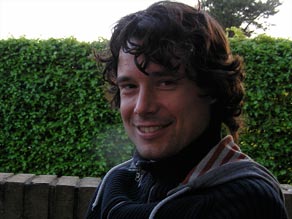 Tim moved to Copenhagen in 2000 and says the city has an enormous capacity to surprise.

CNN: Copenhagen was recently voted the world's best city to live in -- what's your opinion?

Tim: It's absolutely true! Of course, it's somewhat subjective. For somebody who puts a high value on surrounding themselves with friends and colleagues who generally have a very outward, international perspective, desires a high degree of organization in both their business and personal life, likes being close to the sea, prefers biking to driving, and perhaps has one or two children but still wants to live in the city, then the high ranking of Copenhagen makes perfect sense.

CNN: Is there anything you especially like or dislike about Copenhagen?

Tim: As a northern city, it's a bit too cold and cloudy for my preference and the city is a bit quiet during the first part of the week, which changes from Thursday onwards.

As for the positives, Copenhagen is generally a very liberal place, which reveals itself in interesting ways. It's not a politically correct city, which is a relief to me. I don't mind a bit of graffiti from time to time or hearing a bit of noise on the streets at night. I love that people can have noisy parties until very late into the night. People generally respect this freedom by not abusing it.

The city has an enormous capacity to surprise. Copenhagen stages exceptional annual music festivals, such as the Distortion Festival, and excellent independent film festivals, public events like free cinema in the park in the summer, and so on.

CNN: How would you describe Copenhageners' attitude to life?

Tim: I would say Danes' ability and willingness to socialize is probably quite underrated. It's not something that is visible at first glance as it's often done in a distinctly Danish way. Some think that just because Danes aren't Latin or Mediterranean in their way of being that they are closed people. I would disagree.

Copenhageners manage to find a balance between their personal and work lives and they know how to make the city part of their life -- how to 'use' the city. Go around the city on a hot summer day to get an idea of how this works.

CNN: The political climate in Denmark has moved to the right in recent years -- is that something that's noticeable in Copenhagen?

Tim: If a person spent several years in Denmark without really reading the newspapers or listening to the news, I have my doubts that this shift is something that would be easy to detect.

In many respects, Copenhagen has opened up, in spite of this apparent political shift to the right. There are far more foreigners working in Copenhagen than ever before, a result of more and more companies employing foreigners and even making their official business language English.

The right-wing definition of 'Danishness' is something that relatively few Copenhageners can relate to and voting patterns in Copenhagen bear this out. It's really the right-wingers who need to be integrated into Danish society.

CNN: Could you describe a typical Copenhagener's weekend?

Tim: The weather has an enormous impact, far more so than in many other cities in other countries. One reason is the short shopping hours; on Saturday afternoons downtown shops close at 5 p.m. and the other shops close at 2 p.m. Shops are closed all day on Sundays, except on the first Sunday of the month.

On Sunday, if the weather is cloudy, rainy or cold, the possibilities for getting out are limited during the day. Of course, Sunday brunch at a café is popular.

In the evening it's a different story. Copenhagen is buzzing until the early hours of the morning. You can get a drink at plenty of places until 5 a.m. and even then there are a few after-hours places to go to. Not that I would necessarily recommend the after-hours experience!

Just as many people light candles, invite friends over and talk and drink until equally late.

CNN: It's a pricey city -- is it possible to visit on a budget?

Tim: It's not impossible. Of course, the better the weather, the easier it is. The main budget-killers for tourists are eating and sleeping. To do this cheaply, creativity is required (and probably sleeping in a hostel).

It's easy to cover Copenhagen on foot (if you don't want to rent a bike). The famous Danish open-faced sandwiches ("smørrebrød") are cheap and widely available -- just be sure to pick one of the nondescript places where the locals go. And you can always buy a cheap cold beer or two from a supermarket when you get tired of walking, then sit in Nyhavn alongside the tourists drinking expensive beers, or in a park.

Alternatively, dark and dingy Danish bodegas are found everywhere in the city and they are an authentic experience and always serve cheap beer. They are filled with down-to-earth locals who, in spite of the cold stare you may receive upon entering, will inevitably prove friendly. When you're stumbling home, grab a cheap late-night "poelser" (hot dog) or falafel, just as the locals do.

There are plenty of interesting sites to see without opening your wallet. My recommendations would be Christiania, the swimming area at Islands Brygge (where you can take a dip in the cool, clean salt-water of the Copenhagen channel), or rent a bike and head north along the coast towards the beaches in Klampenborg and beyond, while looking at the magnificent houses along the way.

And for the cost of a cheap public transport ticket you can ride the harbor boat-bus around the entire channel and see the same sites as the tourist boats (and even hop off and on along the way).

CNN: If Copenhagen was a person, what would she or he be like?

A hipster with a few tattoos -- no question about it! And they would be the coolest person in the place. London or Paris (as people) would certainly think they were coolest and they would most certainly try to act it.

But that moment when they were standing outside trying to hail a cab to get home (probably around midnight or 1 a.m.), as Copenhagen cycled by them with friends on the way to the next watering hole -- well, the façade of London or Paris as 'coolest' would be revealed for what it is.