(CNN) -- Nebraska lawmakers, meeting in emergency session this week, are set to change a controversial safe-haven law by sharply limiting the age at which a child can be dropped off with local authorities. 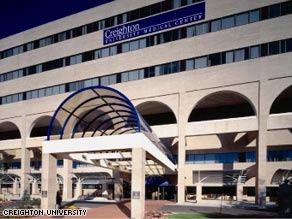 Thirty-five children have been dropped off at Nebraska hospitals since the law was enacted.

The state Senate voted 41 to 6 Wednesday to scrap the current version of the law -- which has no age limitation -- and instead establish a strict 30-day age limit.

State legislators have expressed concern that, if the law is not changed, Nebraska's social services system will be overwhelmed by older children delivered by parents from around the country who find they are unable to provide proper care.

The legislature -- which has only one chamber, the Senate -- is expected to approve final passage of the revision this week before Nebraska Gov. Dave Heineman signs it on Friday.

Nebraska's safe haven law was intended to allow parents to hand over an infant anonymously to a hospital without being prosecuted.

Of the 35 children who have been dropped off at hospitals since the law went into effect in September, however, not one has been an infant, officials say.

All but six have been older than 10, according to the Nebraska Department of Health and Human Services.

"The abandonment of these children -- and the harm it is causing them -- is an immediate concern," said Jen Rae Hein, communications director for the governor.

On Tuesday, a 15-year-old girl was left at a hospital in Hall County, located in the central part of the state.

Last week, a 14-year-old boy and his 17-year-old sister were dropped off at an Omaha hospital; the girl ran away from the hospital.

Earlier in the week, a father flew in from Miami, Florida, to leave his teenage son at a hospital, officials said.

"Please don't bring your teenager to Nebraska," Heineman told parents in an interview with CNN. "Think of what you are saying. You are saying you no longer support them. You no longer love them."

State Sen. Tom White said lawmakers have been caught off guard by the number of teenagers dropped off under the law.

Nebraska's Department of Health and Human Services published a background profile on 30 of the 35 safe-haven cases. The report found:

• 22 children had a parent with a history of incarceration;

"What you've seen is an extraordinary cry for help from people all across the country," he said. "Nebraska can't afford to take care of all of them. Nebraska would like to be able to, but they know that we can't so we are going to have to change the law."

"We didn't think [the law] would be used to the extent it [has been]," state Sen. Brad Ashford said. "We didn't anticipate children coming from other states."

Tysheema Brown drove from Georgia to leave her teenage son at an Omaha hospital.

"Do not judge me as a parent. I love my son and my son knows that," Brown said. "There is just no help. There hasn't been any help."

Safe-haven laws allow distraught parents who fear their children are in imminent danger to drop them off at hospitals without being charged with abandonment. Nebraska was the last state in the country to pass such a law. But every other state included an age limit.

"I think this has spurred some really healthy conversations about how do parents get the help that they need when they are struggling with some of these parenting issues," he said.

"And the message that we have been trying to get out is, 'Don't wait until it's a crisis. Reach out to your family and friends.' "

All About Nebraska • Parenting • Child Safety