LONDON, England (CNN) -- Malini Mehra is a woman in a hurry. She's late for a meeting with Al Gore's people, the batteries on her cell phone are running out, and besides, UK call roaming charges are "horrendous." 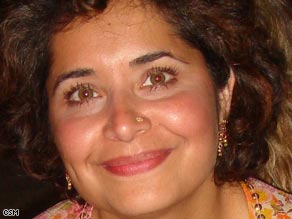 Malini Mehra: "We simply cannot afford to be timid on climate change."

I've managed to get her on the phone from Delhi, one of the three cities that serve as a base for the Center for Social Markets (CSM), the organization she founded in 2000.

By Mehra's own admission, she is "in perpetual motion, regularly traveling between my offices and homes in Calcutta, Delhi and London."

Mehra's not only on a tight timetable today -- the way she sees it she has just two years to change the Indian government's position on climate change.

The timetable for a global pact was agreed at the UN climate talks in Bali last December. The Deal will replace the Kyoto agreement which runs out in 2012.

Principal Voices last heard from Malini Mehra in 2006 when she took part in the Collaborative Corporation panel at the Design Museum in London.

At the time, she stressed the need for individuals to make changes, however small, to contribute to the global effort to reverse climate change.

In two years she says a lot has changed. "For the first time people are talking about climate change in a much most focused way."

"Principal Voices was great exposure -- the combination of media giants such as CNN, TIME and Fortune meant that our views reached a truly international audience."

"I enjoyed many contributions made by other PVs and readers. I only wish we could have made more of the opportunity."

"It's not too late though -- climate change has emerged as a common focus of many Pvs and I'd love to see us joining forces to work on this."

"It's often not easy to know what the 'right thing' to do is," she says. "That's why we need a greater emphasis on 'personal responsibility' not just 'corporate responsibility' which can leave us having greater expectations of others than of ourselves."

Mehra has appointed herself chief antagonist to the Indian government on climate change. She's not alone. Environmentalists within India and around the world are urging the government to do more to reduce the country's carbon emissions.

In late March, Greenpeace warned that 50 million people from India, and another 75 million from Bangladesh, could be displaced if global warming was allowed to rise above the two degree tipping point, the point when it becomes too late to act.

Greenpeace campaign director Divya Raghunandan says, "The Indian government has wrongly forsaken mitigation for adaptation and the forthcoming session of Parliament must debate this wisdom which has serious long term consequences."

India's view is that the developed world has a long history of producing carbon emissions and that its recent economic development should not be unduly restrained by having to meet restrictive global targets.

In an address to the Delhi Sustainable Development Summit, Prime Minister Manmohan Singh said, "We cannot continue with a global development model in which some countries continue to maintain high carbon emissions, while the development options available for developing countries get constrained." read full address here

He's offered to limit India's per capita carbon emissions to the average carbon emission of developed industrial countries. With a population of more than one billion people, a per capita target would give India more room to maneuver.

Malini Mehra will be among the activists poring over the Indian government's National Plan of Action on Climate Change when it's released in June.

She's hoping there'll be a shift in the government's attitude and thinks that pressure from the public could be enough to prompt a rethink.

"Our job is to give voice to that public challenge and re-frame the debate from a victim-led 'can't do-won't do' mentality to a 'can do-must do' debate based on hope and good propositions," she says.

"One in every six people on the planet is Indian and tomorrow's world is Indian. We simply cannot afford to be timid on climate change. It's high time we owned the problem and started to change the world to deal with it."