(CNN) -- Planning to visit China during the Olympics, but already worried about what else there will be to do besides watching the Games? 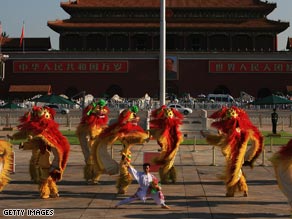 Don't fret: the Olympics is about more than sport. The athletic competition offers the host nation a chance to offer its culture to the rest of the world.

The following is a partial social and cultural calendar of notable events taking place in China during the Olympics month of August.

Researched and complied for CNN by Ying Ying Joyce Choi

All About China • Culture and Lifestyle • Olympic Games