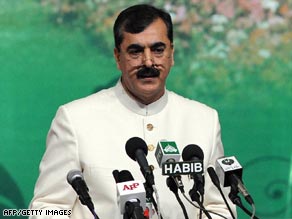 It was the same spot where Pakistan Muslim League-N head Nawaz Sharif survived an attempt on his life last December, Bashir said.

Rawalpindi, about 18 miles (30 kilometers) from the capital city of Islamabad, is a closely guarded city that is home to the country's military headquarters.

The prime minister had returned to Islamabad from the city of Lahore, the station reported. He was on his way to his residence from the airport when the shooting occurred.

The shooting came two days before Pakistani lawmakers are set to elect a new president.