(CNN) -- A Polish court has ordered the detention of a man accused of holding his daughter captive for six years and repeatedly raping her, ultimately fathering two children with her. 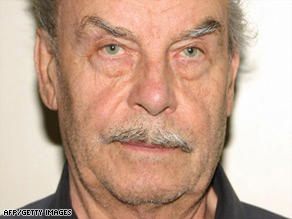 The accusations recall the case of Josef Fritzl, who kept his daughter captive for 24 years and fathered seven children.

The man, whose name was not released, was arrested Monday, Polish national police said in a statement. The court on Tuesday ordered him jailed for three months pending a trial.

The charges against him were not immediately known.

Police said they arrested the man at the train station in Siedlce, a town between Warsaw and the border with Belarus. Police said they believed he was trying to escape abroad.

The investigation began last week when the man's 21-year-old daughter approached police in Siemiatycze, in eastern Poland, accompanied by her mother, police said.

The daughter spent several hours talking with a policewoman, detailing her alleged ordeal over the past six years, police said.

She described living through a "hell" that involved rape, beatings, and being kept as a slave, police said.

Both times, the woman told police, she left the baby in the hospital, a common practice in Poland when the mother wants to give her children up for adoption, police said.

Police did not say how the daughter managed to escape her alleged ordeal or whether the mother was aware of what had gone on. Police themselves acknowledged many facts were still unclear.

"There are still a lot of questions to which answers have to be found," the statement from the national police said.

The case has drawn comparisons to the shocking incest case in Austria in which Josef Fritzl is accused of holding his daughter captive in an underground network of tiny rooms for 24 years.

Fritzl repeatedly raped his daughter, Elisabeth, and fathered seven children with her, six of whom survived. All of the children were born in captivity.

That case became public when Elisabeth's oldest child, 19-year-old Kerstin, became ill and fell unconscious in April. Elisabeth persuaded her father to let her bring Kerstin to a hospital, where staff grew suspicious and called police, who opened an investigation and uncovered the abuse.

Kerstin and her family are now recovering and slowly adapting to modern life, Austrian authorities have said.

CNN's Diana Magnay in Berlin and Antonia Mortensen in London contributed to this report.