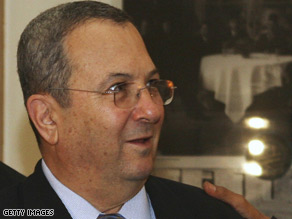 The official, who spoke on condition of anonymity, said the U.S. assistance will include an agreement to facilitate the sharing of U.S. "early warning" launch data and technical and financial help developing defenses against shorter range rockets and mortars.

The technology is called X-band frequency, which has microwave range and provides for ultra-high very precise resolution. It is able to distinguish between real missiles, decoys and debris.

The technology would be running before "the new [U.S.] administration arrives" in January, Israel's Defense Minister Ehud Barak said, according to Israel's Haaretz newspaper.

The plan for assistance was announced after Barak met with Defense Secretary Robert Gates on Tuesday.

At Tuesday's Pentagon briefing, spokesman Geoff Morrell said, "What we are committed to is exploring additional defensive capabilities for Israel."

The senior Pentagon official said the United States will base the X-band radar in Israel, and use it for the benefit of both countries.

Israel has also asked for a "substantial" U.S. investment in Israel's "Iron Dome" and "David's Sling" short-range defensive systems, the source said. The U.S. recently agreed to provide Israel $30 billion over the next decade.

All About Israel • The Pentagon