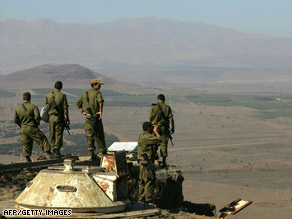 International Atomic Energy Agency inspectors collected soil samples from the Al-Kibar site last June. ElBaradei is expected to release a report this week on his agency's findings, but said that he can confirm that processed uranium was indeed discovered at the site.

ElBaradei added the findings do not necessarily mean the Syrians were building a reactor and cautioned against rushing to judgment.

But he urged more "transparency" from the Syrian government in its dealings with the IAEA and deplored the "unilateral" Israeli bombing of the Syrian site.

Syrian authorities have reacted angrily to accusations they were building a nuclear reactor.

Syrian Foreign Minister Walid Moualem suggested that any trace of uranium unearthed at the military site in eastern Syria came from Israeli bombs.

The official confirmation from the IAEA chief comes a few days after U.N. sources leaked some of the results of the watchdog's analysis of soil samples taken from the bombed Syrian site.