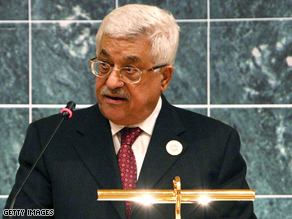 Palestinian Authority President Mahmoud Abbas is locked in a power struggle with the Hamas movement.

The move, officially in honor of the Muslim holiday of Eid al-Adha, was also meant to bolster the reputation of Palestinian Authority President Mahmoud Abbas, whose government is locked in a power struggle with the Hamas movement, which controls the Gaza Strip.

The Israeli government said none of the freed prisoners had "blood on their hands," an expression used to describe Palestinians Israel has charged with harming Israeli citizens.

Most of the prisoners -- 209 in all -- were taken from Ofer Prison and released at the West Point checkpoint of Beituniya into territory controlled by Abbas's secular nationalist Fatah movement.

The remaining 18 were taken from another prison and sent to cross into Gaza via the Erez crossing.

All About Israel • Mahmoud Abbas