LONDON, England (CNN) -- The British economy is officially in a recession, according to GDP numbers released Friday. 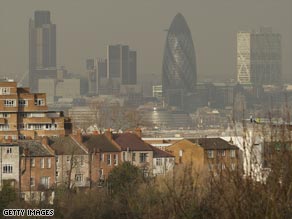 Britain's economy has slowed drastically in the last year.

The traditional definition of a recession is two consecutive quarters of negative GDP growth.

There were already hints the British economy was heading toward a recession before the fourth-quarter results emerged, because second-quarter results for 2008 had showed no change in the GDP.

"The increased rate of decline in output was due to weaker services and production industries output," Britain's Office for National Statistics announced.

Manufacturing output fell by 4.6 percent in the fourth quarter and was the biggest contributor to the slowdown in production, the government said.