Homicides up in New York City in 2008

NEW YORK (CNN) -- The number of homicides in New York City rose about four percent in 2008 compared with the previous year, preliminary figures from the city's police department showed. 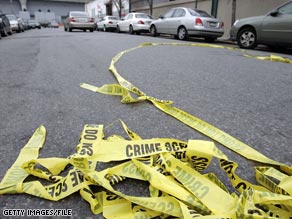 There were 516 homicides in New York City in 2008, according to preliminary police figures.

That's still a dramatic change from 1990, when 2,262 homicides earned New York the title of "murder capital" of the nation.

Though the figures are subject to change, the 2008 tally also represents a drop from the 596 homicides investigated in New York in 2006.

The NYPD, which began compiling the report in 1963, cited its Operation Impact as a chief reason for the improvement in recent years.