(CNN) -- An 11-year-old boy is facing adult charges in the shooting death of his father's pregnant girlfriend, authorities said Saturday. 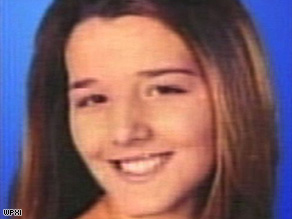 Police say Kenzie Marie Houk's daughter found her shot to death in her bed on Friday.

Police say the boy shot Kenzie Marie Houk, who was eight months pregnant, once at point-blank range in her farmhouse in western Pennsylvania.

The boy, whose name was withheld by CNN because he is a juvenile, was charged with one count each of criminal homicide and homicide of an unborn child in the death of Houk, 26, Lawrence County District Attorney John Bongivengo told CNN.

Houk's 4-year-old daughter found her in her bed Friday, according to police. The child alerted landscapers working near the home, who then called authorities.

Watch a community in shock »

"This is something that you wouldn't even think of in your worst nightmare, that you'd have to charge an 11-year-old with homicide," Bongivengo said, according to CNN affiliate WTAE. "It's heinous, the whole situation."

Under Pennsylvania law, anyone over the age of 10 accused of murder or homicide is charged as an adult. If convicted, the boy faces a maximum sentence of life in prison, Bongivengo said.

Authorities said the boy is the son of the victim's live-in boyfriend at the home in Wampum, about 35 miles northwest of Pittsburgh.

"At this point, we don't believe it's accidental," Bongivengo said.

The weapon was a youth model 20-gauge shotgun, designed for use by children, that belonged to the boy, according to investigators.

Bongivengo told reporters the household has no history of child abuse, but that an investigation is ongoing.

CNN's Chloe Melas and Kristin Hamill contributed to this report.