Ohio man sought in deaths of family kills self

(CNN) -- A man suspected of killing five members of his family and wounding another on Thursday committed suicide after police surrounded him in a house, police in Cleveland, Ohio, said Friday. 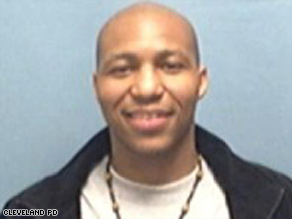 Acting on a tip, police surrounded the house and then entered it after seeing a man who matched the description of suspect Davon Crawford briefly step outside, police spokesman Lt. Thomas Stacho said.

"They confronted the male hiding in a bathroom," Stacho said. "When he spotted the agents, then he took his own life."

A 7-year-old boy was shot and hospitalized, Julie Short, a spokeswoman for MetroHealth Medical Center, said Friday. The boy's grandfather told CNN affiliate WEWS that the boy was in stable condition and talking after having been shot in the shoulder.

The Cleveland Plain Dealer also reported that a 2-month-old girl, the daughter of Davon and Lechea Crawford, escaped the shooting unharmed and is being cared for.

Police began searching for Crawford, 33, Thursday night after receiving a call around 8 p.m. to the upper floor of a duplex.

"It looks like it was some type of domestic argument that sparked this tragedy," Police Chief Michael McGrath said Friday.

The CNN Radio Network contributed to this story.