(CNN) -- An African-American man has pleaded guilty after being accused of impersonating a white supremacist in a fictitious Facebook account to make death threats against an African-American university student. 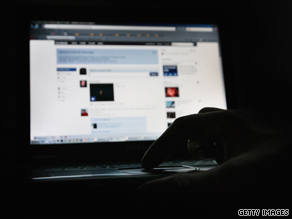 Dyron L. Hart, 20, of Poplarville, Mississippi, pleaded guilty Wednesday before U.S. District Judge Kurt D. Engelhardt to one count of communicating threats in interstate commerce, according to a Department of Justice statement.

Hart admitted creating the fictitious account in November, pretending to be a white supremacist outraged by the election of Barack Obama as the nation's first African-American president, the statement said.

He then transmitted a death threat via Facebook to an African-American student at Nicholls State University in Louisiana, saying he wanted to kill African-Americans because of Obama's election, according to the statement.

A court document provided by the U.S. attorney's office said Hart told an FBI interviewer that he intended the threat to be a prank "to get a reaction."

The document said Hart admitted creating the Facebook profile under the name "Colten Brodoux" and used a photo of a Caucasian man that he found on a white supremacist Web site.

"This is an extremely odd case, a very unusual case," said U.S. Attorney Jim Letten of the Eastern District of Louisiana. "The contents of the messages were extremely troubling and provocative and very threatening."

Hart will face a maximum sentence of five years in prison and a $250,000 fine when sentenced November 18, the statement said.