(CNN) -- A judge has ruled in favor of two Florida school administrators who faced contempt charges for saying a prayer at a school luncheon, according to a group that helped represent them. 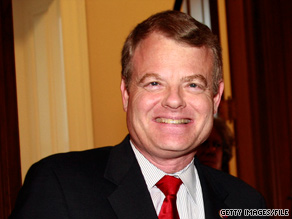 Rep. Mike McIntyre is one of three members of the Congressional Prayer Caucus backing the school officials.

Lay and Freeman could have faced up to six months in prison and fines if convicted. They were accused of violating a consent decree banning county school employees from initiating prayers during school events.

Ahead of the court proceedings, hundreds of supporters lined the streets outside the federal courthouse in Pensacola, Florida. Many of them carried signs and some sang songs.

"It is ridiculous that these men even had to think twice about blessing a meal," Liberty Counsel founder Matthew Staver said in a written statement.

"To criminalize the prayer conflicts with our nation's founding and guiding principles and goes directly against our constitutionally protected rights."

But the American Civil Liberties Union, whose lawsuit led to the consent decree, has maintained students have a right to be free from administrators who foist their personal religious beliefs on them.

The ACLU filed suit last year against the district on behalf of two Pace students who alleged that "school officials regularly promoted religion and led prayers at school events," according to an ACLU statement.

Lay was a party in the initial lawsuit, and his attorney was among those approving the consent decree, according to the organization. In addition, the court required that all district employees receive a copy.

But on January 28, "Lay asked Freeman to offer a prayer of blessing during a school-day luncheon for the dedication of a new field house at Pace High School," according to court documents.

"Freeman complied with the request and offered the prayer at the event. It appears this was a school-sponsored event attended by students, faculty and community members."

Attorneys from Liberty Counsel have said that attendees included booster club members and other adults who helped the field house project -- all "consenting adults."

The case caught the attention of members of the Congressional Prayer Caucus, including the caucus' founder, Rep. J. Randy Forbes, R-Virginia.

He and two other lawmakers, Rep. Mike McIntyre, D-North Carolina, and Rep. Jeff Miller, R-Florida, also members of the caucus, wrote a letter in support of the two school administrators, saying that "many of America's Founding Fathers were resolute in their faiths, and the impact of such is evident in the Constitution, the Declaration of Independence, and many of their writings."

It added, "The tradition of offering prayer in America has become so interwoven into our nation's spiritual heritage that to charge someone criminally for engaging in such a practice would astonish the men who founded this country on religious liberty."