Suspect in 1968 hijacking at JFK is captured

NEW YORK (CNN) -- A man accused of playing a role in the 1968 hijacking of a Pan Am flight from New York to Puerto Rico was captured Sunday, federal officials said. 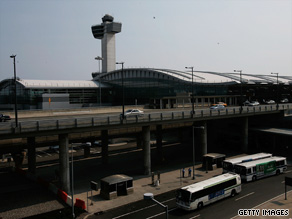 Luis Armando Pena Soltren, 66, surrendered to federal authorities at New York's John F. Kennedy International Airport after exiting a flight from Havana, Cuba, officials said. It's the same airport from which Pan Am Flight 281 took off more than 40 years ago.

Additional details on Soltren's apprehension were not provided by authorities.

Soltren "will finally face the American justice system that he has been evading for more than four decades," said U.S. Attorney Preet Bharara.

According to a December 1968 indictment, Soltren and three others -- Jose Rafael Rios Cruz, Miguel Castro and Alejandro Figueroa -- conspired to hijack Flight 281 on November 24 of that year.

The suspects were accused of bringing concealed guns and knives aboard the flight and using the weapons to take over the flight. Members of the crew told authorities at the time that the suspects, wielding pistols and large knives, forced their way into the cabin of the plane and ordered the crew to fly to Havana, according to court documents.

Cruz and Castro were sentenced in the 1970s after pleading guilty in U.S. District Court in New York. They received 15-year and 12-year sentences, respectively. Their current whereabouts were not immediately known.

Figueroa was acquitted in 1969 after a bench trial.