How memories form, fade, and persist over time

(CNN) -- What was the name of that guy with that stuff in that place with those things? Don't you remember? 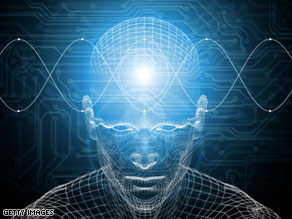 Scientists have found mechanisms for how the brain creates short-term and long-term memories.

We all suffer occasional lapses in memory. Some people suffer severe neurological conditions, such as Alzheimer's, that rob them of their ability to form memories or remember recent events.

Three new studies shed light on the way the brain forms, stores and retrieves memories. Experts say they could have implications for people with certain mental disorders.

When did it happen?

Newly born brain cells, thousands of which are generated each day, help "time stamp" memories, according to a computer simulation by scientists at the Salk Institute for Biological Studies in La Jolla, California, and the University of Queensland in Australia. The research was published in the journal Neuron.

These cells do not record an exact, absolute date -- such as January 28, 2009 -- but instead encode memories that occur around the same time similarly. In this way, the mind knows whether a memory happened before, after or alongside something else.

Neuroscientists believe that if the same neurons are active during two events, a memory linking the two may be formed.

For example, you might remember that, on a day a few years ago, you went to a restaurant and then went to a baseball game. Researchers think the same neurons are active during both events, which results in an association with each other when you remember them.

In fact, the same young neurons respond to everything that happens for several weeks, said two of the study's co-authors, professor Fred Gage and graduate student Brad Aimone from the Salk Institute. While associations are known to form based on sight, smell, and other senses -- you may remember last year's baseball game through the taste of a hot dog today, for example -- their computer model shows that the young brain cells also link through time.

"Even though these young cells are only a small percentage of the overall circuit, we believe that their effect may be enough to give people the sense of "this happened around the same time as" something else, Gage and Aimone wrote in an e-mail.

The findings could have promising implications for diseases that involve a neurogenesis deficit -- in other words, a lack of new brain cells being born -- which happens in conditions such as depression, Alzheimer's and Parkinson's, the authors said.

The computer simulation showing the time-stamp effect in the study is novel and original, said Joe Manns, assistant professor of psychology at Emory University in Atlanta, Georgia. It also explains why, for example, you recognize your car both when it's very dirty and very clean, and why you can remember where you parked your car today even though you had a different space yesterday.

Storing in the short-term

You may remember reading this exact sentence in a few minutes, but not in a few days. That's because our brains handle both long-term memory, which enables us to recall events from the distant past, and short-term memory, also called working memory, which encompasses the most transient, fleeting memories.

Research in mice published in the February issue of the journal Nature Neuroscience found that an individual nerve cell in the front part of the brain can hold traces of memories on its own for as long as a minute, possibly even longer, said senior author Don Cooper, assistant professor of psychiatry at the University of Texas Southwestern Medical Center.

This idea, that an individual nerve cell can hold a trace memory, is also related to drug addiction, the study found. By giving cocaine to mice in the laboratory, the researchers explained why the drug impairs short term memory: Cocaine causes a buildup of dopamine, a brain chemical that decreases the individual nerve cells' ability to hold moment-to-moment information.

The study is an important contribution to the field of working memory because it shows the molecular mechanisms involved in the process, said Michael Kuhar, professor of neuropharmacology at Emory University, who was not involved with the research.

One distant but possible implication is that medication focusing on the neuron receptors investigated in this study would help someone who has serious problems with attention and executive decisions, he said.

Although the study was conducted on mice, when speaking about individual nerve cells, it's reasonable to say that an isolated mouse nerve cell is the same as a human one, Kuhar said. The two differ more markedly in complicated neural pathways and circuits, he said.

Holding for the long term

So, what about remembering things in the long run?

Research in the Journal of Neuroscience this week supports the idea that different brain structures are involved in forming short-term and long-term memories.

The authors took brain images of participants as they answered questions about events that happened in the last 30 years. The hippocampus, a brain region known to be involved in short-term memory, and related structures were most active when participants recalled recent events. Activity in these regions declined for events older than one year, and remained low for events 13 to 30 years old.

Meanwhile, as memories got older activity increased in the frontal, temporal, and parietal cortices, located on the surface of the brain, researchers found. That means these regions may serve as long-term memory storage.

"It helps us understand that Alzheimer's disease begins with memory problems because the very same structures we're talking about here [the hippocampus and related structures] are the ones affected in the disease," he said.

All About Psychology • Alzheimer's Disease