A special court's Thursday ruling that no proven link exists between autism and certain early childhood vaccines seems to have done little to change the sometimes-passionate opinion fueling the debate. 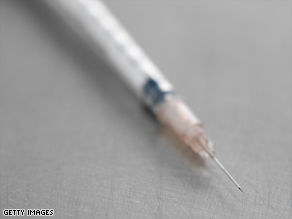 Amanda Guyton, a mother of a 6-year-old boy with autism, was "incredibly happy" with the decision and said it reaffirmed her belief that her son's autism has nothing to do with vaccines.

"We're ready for them to get on real research like educational strategies and help for kids," she said. "An awful lot of money and effort and time were spent on vaccines when three or four studies said no, there isn't a link."

Meanwhile, John Best, the father of a 12-year-old boy with autism, said: "The whole thing stinks."

Guyton and Best were not involved in the cases, but were following the news because of their interest in autism.

Three families -- the Cedillos, the Hazlehursts and the Snyders -- had sought damage awards from the Vaccine Injury Compensation Program for their children who have autism, a disorder that the parents contend was triggered by the vaccine against measles, mumps and rubella combined with vaccines containing thimerosal, a mercury-based preservative.

The panel of "special masters" ruled that these petitioners had not presented sufficient evidence to prove that the childhood vaccines caused autism in their children.

A vocal segment of autism parents has contended that childhood vaccinations recommended by the government cause the disorder. Health agencies and the scientific community have disputed that notion. In defending its conclusion that no link exists, the Institute of Medicine cited five large studies that have failed to prove any connection between autism and thimerosal and 14 large studies finding no link between the MMR vaccine and autism.

"As the scientific community has been saying for a long time, there is no good, credible, reproducible research that supports the hypothesis that MMR (measles, mumps and rubella) vaccine causes autism," said Dr. Max Wiznitzer, an autism expert at Rainbow Babies and Children's Hospital in Cleveland, Ohio.

"What the decision tells us is that these vaccinations are safe," he said. "The medical evidence tells us there is no association between vaccines and autism. This is one more piece that helps confirm that conclusion."

The defendant, the U.S. Department of Health and Human Services, released a statement Thursday: "Hopefully, the determination by the Special Masters will help reassure parents that vaccines do not cause autism."

Meanwhile, some autism advocacy groups such as SafeMinds also criticized the HHS saying the "deck is stacked against families when they enter 'vaccine court.'"

"If you have a vaccine injury, you're forced to sue Health and Human Services instead of suing the manufacturers. It's the government that oversees these court cases," said Fournier, who is the mother of a 9-year-old girl with autism. "The conflict of interest is so huge in so many levels by having the government responsible for not only promoting vaccine program, but also responsible for overseeing the safety."

Fournier said her daughter was a happy, healthy toddler who developed autism after receiving shots. She said she's heard countless similar stories from other parents.

The special court denied Mike and Theresa Cedillo's claim that vaccines caused autism in their daughter, Michelle, 14, who can't walk without help and receives nourishment from a feeding tube.

"We're disappointed in the outcome of the court's decision," he said. "However, these decisions are the first step in a long process. The whole process was designed to raise every possible issue in these cases -- hear all the evidence in these cases, knowing that ultimately appeals courts will be making the final decisions."

This week's ruling brought a different outcome from the Hannah Poling case. In November 2007, the Division of Vaccine Injury Compensation concluded that the Georgia girl's illness that had predisposed her to symptoms of autism was "significantly aggravated" by the vaccinations she received as a toddler and that her family should therefore be compensated.

But Thursday, Special Master George L. Hastings Jr. wrote in his ruling in the Cedillos case, "The evidence advanced by the petitioners has fallen far short of demonstrating such a link" between autism and vaccinations.

"Instead of spending resources investigating ideas that are hypothetical and have no proven value, we need to invest our time and resources into projects that will better determine the reasons for autism and the interventions that are best needed," he said.

CNN's Miriam Falco and David Martin contributed to this report.

All About Autism • Vaccines