NEW YORK (CNN) -- Four more New York City public schools and one private school will close for a week after an increase of reports of students with flu-like symptoms, city officials announced Monday. 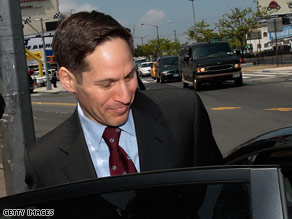 The closings, effective Tuesday, bring the total number of schools closed to 17.

The four public schools, all in Queens, were closed for a week after a total of 103 students were documented with "influenza-like" illness, the city Department of Health and Department of Education said in a news release. Being shut down are Public Schools 19 in the Corona neighborhood, 32 in Flushing and 209, whose building also houses a school for students with disabilities, in Whitestone.

Separately, St. David's, a private school on the Upper East Side of Manhattan, announced it will close through Wednesday after 12 percent of the students called in sick or exhibited flu-like symptoms, according to David O'Halloran, the school's headmaster.

In the city's news release, city Health Commissioner Thomas R. Frieden said, "We continue to see a rising tide of flu in many parts of New York City. As the virus spreads, we will look to slow transmission within individual school communities by closing individual schools."

Late last week the city closed 11 schools in Queens and one in Brooklyn after confirming cases of the H1N1 virus, commonly called swine flu, at Intermediate School 238 in Queens and unusually high levels of flu-like symptoms in the others.

An assistant principal of Intermediate School 238 died Sunday after being hospitalized with H1N1. Frieden said Monday the administrator, Mitchell Wiener, had an underlying condition, but did not specify what it was.