Like sweet wine? Your choice may reveal your personality

Do you crave pinot grigio or prefer a nice Riesling? Turns out a glass of wine may be more than just a drink -- your choice could shed light on your personality too. 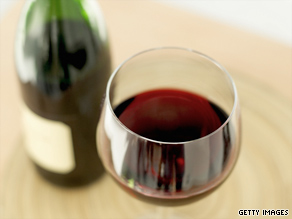 People who preferred the sweet taste of wine had greater impulsivity but less openness.

For example, people who choose sweet wines seem to be more impulsive but less open to new experiences than those who select a drier vintage, according to a study published in Food Quality and Preference.

"We now know that impulsivity relates to a preference for sweetness," said lead researcher Anthony Saliba, a consumer sensory specialist at the National Wine and Grape Industry Center at the Charles Sturt University, in Wagga Wagga, Australia. "This is a pretty big step forward in understanding how a preference for sweet taste develops."

In the study, Saliba and colleagues asked 45 men and women with an average age of 43 to complete two questionnaires: the IVE, which measures impulsiveness, venturesomeness, and empathy; and the Big Five, which measures openness, conscientiousness, extroversion, agreeableness, and neuroticism.

Then the participants had a choice of two types of white wine: a dry, fruity Spanish wine (Gran Tesoro Viura, 2007) or a "sweet" wine, which was the Viura with some added sugar. Health.com: Inexpensive natural wines

Overall, there were no differences between the two groups based on their choice. However, the researchers did find two characteristics that seemed to matter: impulsiveness and openness. People who preferred the sweet taste had greater impulsivity but less openness.

And the impulsivity trait has been linked to obesity in the past. "Our work showed that high impulsives love sweet tastes," said Saliba. "It is a vicious circle." Health.com: The secret to walking off that belly fat

Although such choices seem simple, taste preferences are actually a result of expectations, past experiences, and genetics, and they don't form overnight. In fact, your preferences may be shaped by events that occurred before you were born.

"It's very clear that flavors and taste get into the amniotic fluid," said Danielle Reed, a behavioral geneticist at the Monell Chemical Senses Center. Exposure to these flavors -- via what a woman eats during pregnancy -- may play a role in her offspring's taste preferences later in life.

"Kids are born liking sweet things, but there are large individual differences in how sweet people like things to be," said Reed. For example, people who have a family history of depression and alcoholism may have a greater preference for sweet taste than those without such a family history. Health.com: 10 easy food swaps cut cholesterol, not taste

This isn't the first time that researchers -- many interested in getting an edge in food marketing -- have said that what you eat sheds light on your personality.

In a 2000 study, Dr. Alan Hirsch found that potato chip crunchers were perfectionists and pretzel lovers were flirts. As food marketers delve deeper into our psyches, expect more research that links what we buy to who we are as people.

"Taste preference is in its infancy," said Reed. "We get twinkles and glitters of how it's related to our personality, but it hasn't been vigorously studied."

However, unlocking the link between taste preference and personality traits may also shed light on obesity. "Our study suggests that people with a strong sweet preference will be high in impulsivity and low in openness (on average), and therefore be an at-risk group," said Saliba. Health.com: Booze, drugs, and bipolar disorder

Research suggests brain neurotransmitters that play a role in drug addiction may also have something to do with a preference for sweets. A recent study suggested that the eating habits of the obese may set up a reward system in the brain similar to that seen in drug addicts.

"Our food preferences are amazingly important in determining how fat we are," said Reed.

All About Wine • Food and Cooking