Is autism genetic? Researchers zero in on an answer

(Health.com) -- Alisa Rock, whose 10-year-old son Connor has autism, says parents of autistic children often align themselves with one of two camps: There are those who believe that genes cause the disorder, and those firmly convinced that environmental factors are to blame. 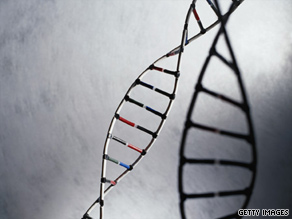 Many genes and mutations are likely involved in producing autism, researchers said.

"Then there are people who are in the middle," says Rock, a Baltimore, Maryland, mom. She counts herself in this category, as she thinks that both genes and environment likely play a part.

She has, however, more questions than answers. "I personally am still a confused parent," she explains.

So it would seem helpful that new research on autism has just discovered a possible genetic link -- an alteration near a gene called semaphorin 5A, which is thought to guide the growth of brain-cell extensions essential for neuron-to-neuron communication. But for some parents, including Rock, the research is just a stepping stone to answering the million-dollar question: What causes autism?

"I don't think they're there yet, and I don't think that [this gene is] the answer for every single child with autism," Rock says. "Autism's just a set of symptoms. It doesn't really tell you about the child or what their disease is, really." Health.com: Kids on the run: The new trend in family-friendly fitness

And that's what the researchers say too.

"The scientific consensus now is that we're not talking about a single disorder. We're talking about a collection of disorders that are probably related," says Andy Shih, the vice president of scientific affairs for Autism Speaks, a New York City-based organization that supports autism research and advocates for people with autism and their families. "The current thinking is that there could be as many as 100 genes or more involved in autism."

"Exciting as well as daunting"

In the new findings, published in the journal Nature, a team of researchers from Johns Hopkins University, Harvard, and several other institutions sifted through the genomes of 1,031 families that included at least two people with autism.

A simple change near the semaphorin 5A gene was "significantly associated with autism," they report, while dissections of brain tissue from 19 autistic individuals and 10 people without autism revealed that the gene's expression was lower in people with autism.

"That is both exciting as well as daunting," says Aravinda Chakravarti, who directs the Center for Complex Disease Genomics of the McKusick-Nathans Institute of Genetic Medicine at Johns Hopkins, in Baltimore, Maryland. If other researchers replicate the association -- meaning they do the experiment independently and get the same result, the gold standard of scientific proof -- experiments can be done to begin to unravel what environmental factors might interact with genes to contribute to the disease, he adds.

"We are slowly getting to the stage where we can do the mechanistic studies," Chakravarti, who helped lead the research, says. "Ten years ago this would have been impossible."

"I think these are promising hits, but they need to be confirmed," says Mriganka Sur, the head of the department of Brain and Cognitive Sciences at the Massachusetts Institute of Technology, in Cambridge. "Then people like me who discover the function of genes need to do their job; that's equally hard work."

Given that so many genes and mutations are likely involved in producing the well-defined set of symptoms that characterize autism, Sur's working hypothesis is that these changes in genes influence a handful of pathways involved in how brain cells communicate with one another.

"Discovering reliable hits is going to be a very important step in discovering the sort of scaffold...of autism," Sur adds. "Of course it also leaves open the huge possibility of environmental or other genetic interactions that can amplify the disease risk."

The ultimate goal of this research will be to use the information to diagnose or perhaps even treat autism, but scientists agree this is not likely to happen anytime soon.

"It's important that people realize that this doesn't lead to immediate fixes -- we can't identify a gene variant and then immediately go and fix it," says Mark Daly, an associate professor of medicine at Massachusetts General Hospital, in Boston, and the co-leader of the new study. Nevertheless, "the pieces are in place" to head in that direction, he says, citing the technology to conduct genome studies and collaboration among researchers around the world.

The Harvard-Johns Hopkins team also used a technique called linkage analysis to identify a couple of other sites in the genetic code that may contain autism-related gene mutations. When two siblings have a disorder, linkage analysis involves looking at the family to spot genes inherited from one parent or another. If a particular area of the genome looks like a hot spot for this kind of inheritance, it may be home to mutations that boost the risk of the disorder.

Earlier this year, another report in Nature found evidence that a cadherin 10 mutation, more common in people with autism, may play a role in the disorder. The alterations were in a "conserved" part of the genetic code, meaning it's pretty much the same in all animals, from mouse to man, notes Dr. Hakon Hakonarson, who led the research and also directs the Center for Applied Genomics at the Children's Hospital of Philadelphia, in Pennsylvania. When a gene region is conserved, it's likely to play an important role in development or function -- or both.

Hakonarson is critical of the statistical methods used in the new report. "It's a lot of sort of puzzling and picking things and sort of putting them together," he says. He and his colleagues are working on genetically engineering mice with altered cadherin 10 expression to better understand what the gene does, and collaborating with a European research team to investigate the gene's role in other neurological disorders.

All of the researchers do agree on one thing: More collaboration will be needed to get real answers about autism's link to genetics.

"Really, what's needed is a study where we have somewhere between 10,000 and 20,000 patients and sort of dissect the genetic architecture from that," Hakonarson says.

Daly agrees, noting that it took analyzing the genomes of tens of thousands of people to begin to get clear answers about the genetics of diabetes, autoimmune disorders, and other better-understood diseases. "It will take our groups and other groups putting their data together to get a more definitive answer yes or no about any of these results." Health.com: Secrets of people who thrive in adversity

After reading the new study, Baltimore mom Rock says, "One of the things that struck me is that they did talk about how hard it has been to find a genetic answer, which probably illuminates why it's so hard for some parents to think that it's strictly a gene disorder." Health.com: How to survive nearly anything

For now, she says she wishes that more money were spent on this kind of research, and that stronger efforts were made to help parents -- especially given new findings from the Centers for Disease Control and Prevention showing that 1 in 100 children has autism, about twice as many as had previously been suspected.

"It's frightening to me because many parents can't afford to provide the treatment that their child needs," Rock says. "These children, in order for them to live fulfilling and productive lives, need a lot of intervention, and that intervention is very expensive."

All About Autism • Genetics