By Tony Burroughs
Special to CNN

Editor's note: Tony Burroughs is a professional genealogist and author of "Black Roots: A Beginners Guide to Tracing the African American Family Tree." He taught genealogy at Chicago State University for 15 years. 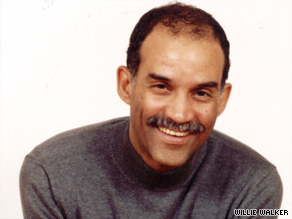 Tony Burroughs says more information about ancestors is becoming available all the time.

(CNN) -- Last week a New York Times article reported that Michelle Obama's great-great-great grandparents were a white man and a slave whom he impregnated. This story highlights the growing importance of genealogy in America.

Some of the comments posted online were from people skeptical that the full story of Michelle Obama's ancestry will ever be known.

One said, "The concept that records simply don't exist beyond the mid-1800s for so much of her family is so telling about the legacy of slavery we'll never shed."

Another said, "Where in Africa did Michelle Obama's ancestors come from? What was their tribe? When were they enslaved, and what were their experiences as individuals? What happened to these human beings after they were brought in chains to America? These things will very likely never be known."

While these may be the common perceptions of the public, they are not the views of sophisticated genealogists.

Most people don't have a clue about all the documents that exist, and that the paper trail never ends. The amount of paper that exists in libraries, archives and historical societies is mind-boggling. Much of it isn't catalogued, so the owners don't even know what they have.

After recently re-inventorying records, one South Carolina repository discovered plantation records in their collection it did not know existed.

The National Archives has 4 billion pieces of paper and a backlog of 400-500 million pages of records that need to be processed. It took an act of Congress in 2000 to microfilm records from the Freedmen's Bureau, but nine years later they are still being digitized, and indexes need to be created.

Another bill to establish a national database of records of servitude, emancipation, and post-Civil War reconstruction records at the National Archives passed the House in 2007 but failed in the Senate and died.

There are also records in French, Spanish, Portuguese, German and Italian in the United States, Europe and Africa that contain details of our ancestors that need to be digitized, transcribed and published to solve some of our challenges.

Fortunately, through technological advances and the efforts of volunteers and private companies, much of this hidden paper is beginning to see the light of day. These resources will enable genealogists to solve current problems in the future.

Ancestry.com has digitized and put online over 4 billion records over the past 12 years and will be digitizing at least 5 million documents a year at the National Archives. Footnote.com has uploaded 60 million images online and is adding more than 1 million new records per month. The Mormon Family History Library in Salt Lake City, Utah, is digitizing its entire collection of 2.5 million reels of microfilm.

The Atlantic Slave Trade Database contained 27,000 voyages from Africa to the New World when it debuted on a CD-ROM in 1999. Ten years later the database has almost 35,000 voyages online. There are many other institutions around the world that are doing digital projects.

But access to billions of records will not guarantee genealogical success any more than walking into a library will make people smart. Genealogists will still need genealogical and analytical skills to solve complex problems. Success in genealogy is based on available records, access to resources, knowledge of history, analytical ability, technical skills, genealogical skills and persistence. If any one of these ingredients is lacking, or is not of a high enough skill level, difficult genealogical challenges will go unsolved, often for years.

African-American genealogy is still in its infancy, and methodology is still being developed. Advanced research, particularly in the slavery period, can become very complicated. Progress is often contingent on genealogy skills, painstaking research in multiple locations and using records that have not been transcribed, indexed or placed on the Internet.

For 18 years, I had been trying to identify a slave owner for one of my ancestors six generations before mine. Before I finally solved it, I worked on the problem 12 hours a day for six straight days at the Family History Library in Salt Lake City. It took all my genealogical skills, historical knowledge, experience, patience and fortitude to.

In some situations, the problem of mixed race parentage is difficult to solve, in others it is not as challenging as it may appear. Once a person is listed as a "mulatto," you have evidence of white blood in the family tree. Then you have to determine the person and the generation.

In some cases it is a simple matter of elimination, or other evidence will point to the person in question. Most research involves searching for evidence, analyzing records and sometimes amassing enough circumstantial evidence to draw conclusions.

This should not discourage people from seeking their roots. On the contrary, it should encourage people to search. Genealogy is easy, fun and inexpensive to start. After you make progress, you'll worry about the challenges later.

We need to demand more records be preserved and made available. But on the other hand, we need to take responsibility to preserve our own history, learn the craft of genealogy and pass the history and the craft on to our kids and grandkids.

People need to tape record their stories and record the stories of their elders. Baby boomers are beginning to die in record numbers and once they leave they take generations of oral family history with them.

People need to label family photos and preserve family bibles, obituaries, funeral programs, letters and other paper with ancestor's names on them in their house and their relatives' houses.

But most of all, people need to learn how to do genealogy, and stop thinking they can just jump on the Internet and trace their family history back to Africa before they log off the computer and finish their cup of coffee. If they understand the genealogical process, they'll avoid a lot of frustration.

Books on genealogy and conferences like the International Black Genealogy Summit at the Allen County Public Library in Fort Wayne, Indiana, October 29-31 can be helpful.

Genealogical problems that we cannot solve today will be solved by our young people tomorrow. So I believe Michelle Obama's genealogy will advance by her children's -- or her grandchildren's generation.

The opinions expressed in this commentary are solely those of Tony Burroughs.

All About Michelle Obama • Genealogy • National Archives and Records Administration