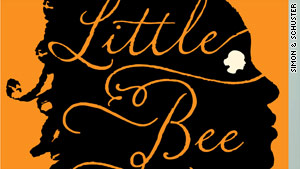 (Oprah.com) -- These are the books that gave us comfort, joy -- and lots to talk about.

"The Bolter"
By Frances Osborne
320 pages; Knopf
"The Bolter" chronicles the life of Idina Sackville, a wellborn British woman who defied convention by having "lovers without number" and choosing a decadent expat life in Kenya in 1918. Was Sackville a protofeminist free spirit à la Isak Dinesen or a spoiled rich girl who couldn't resist a scandal? Author Frances Osborne -- Sackville's great-granddaughter -- traces her ancestor's journey from madcap to just plain mad.

"Dreaming in Hindi"
By Katherine Russell Rich
384 pages; Houghton Mifflin Harcourt
What do you do when rotten luck leaves you speechless? After two bouts with cancer and the shock of getting fired, Katherine Russell Rich "no longer had the language to describe my own life. So I decided I'd borrow someone else's." "Dreaming in Hindi" is the verbally and emotionally dazzling story of Rich's passage to India, where she tried to master an intricate foreign tongue -- and became fluent in the language of human possibility.

"Little Bee"
By Chris Cleave
288 pages; Simon & Schuster
A terrifying memory unites two very different women -- a wry and ingenious young Nigerian refugee newly sprung from a British detention center, and an editor of a fashionable English women's magazine -- in Chris Cleave's hauntingly original novel, "Little Bee." A story about what it takes to look horror in the face and still find beauty.

Oprah.com: Get the reading group guide

"Blame"
By Michelle Huneven
304 pages; Sarah Crichton/FSG
Sly yet openhearted, Michelle Huneven's "Blame" takes on the recovery movement in this novel about Patsy MacLemoore, a slightly wild, 20-something history professor involved in an alcohol-related crime. All too flawed, Patsy eventually finds redemption, only to wind up questioning her hard-won moral certainties later on. Think "The Good Mother" or "House of Sand and Fog:" It's that good.

Oprah.com: 25 books you can't put down

"Losing Mum and Pup"
By Christopher Buckley
251 pages; Twelve
Christopher Buckley's life wasn't exactly like most people's -- his parents were William F. and Patricia Buckley, East Coast social and intellectual fixtures. But "Losing Mum and Pup," his memoir of the year in which they both died -- is universal in its evocation of loss. It's extraordinary for its clarity and, of course, its wit (Buckley has also written many comic novels, including "Thank You for Smoking"). "Lovely people sometimes do unlovely things," Buckley has said. But he -- and we -- can love them anyway.

"Zeitoun"
By Dave Eggers
342 pages; McSweeney's
We already knew Dave Eggers could tell his own story very well -- see 2000's "A Heartbreaking Work of Staggering Genius" -- but he leaves himself out of "Zeitoun." Here, the subject is a Syrian-born contractor who should have been lionized for his selfless work in New Orleans during and after Katrina but was instead caged like an animal in a makeshift jail; the book is a masterpiece of compassionate reporting about a shameful time in our history.

"Say You're One of Them"
By Uwem Akpan
368 pages; Back Bay
Only Uwem Akpan, a Nigerian-born writer and Jesuit priest, could guide us though such desperate terrain, from street slums in Nairobi to war-torn Rwanda, with something like hope in our hands. No doubt, these stories of rape, slaughter, and child slavery are difficult to bear. But, told mostly by children, "Say You're One of Them," a recent pick of Oprah's Book Club, tempers ineffable treachery with wild-eyed imagination, offering a ravenous prayer for a better world.