Women's pet peeves about their guy

(The Frisky) -- Finding a boyfriend is only the beginning when it comes to relationship woes. Once you're in one, you have to deal with another person, including the parts that annoy you despite your love for him. 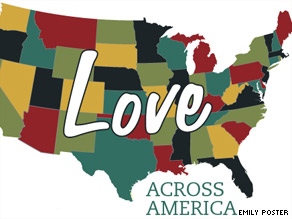 We asked 15 women to dish on what their partners do that completely drives them crazy, and how they've learned to cope (or not) with these behaviors.

"My significant other doesn't hear me. I can tell him things over and over, but unless I stand right in front of him and tell him it is important, he never remembers what I tell him.

My way of dealing with it is to bombard him with things when I do have his attention. So what should be a simple statement ends up being about 10 statements, because I know he is listening at that time."
--Suzanne Alicie, Louisa, Virginia

"My husband pretends to listen while he's working but doesn't actually hear the words I'm saying. So, those important conversations I thought we were having tend to be forgotten a day later. I chalk it up to him being a workaholic who takes after his dad. The Frisky: What are your biggest first date pet peeves?

The good thing is that the next day I can have the very same conversation and it will be brand new to him. It's kind of like Groundhog Day!"
--Bobbi Leder, Houston, Texas

"He gets a look in his eyes and I know something is bothering him. I've learned that it will do me no good to ask; if he thinks it's something I need to know, he will tell me. Compartmentalization was necessary due to his work throughout his life. I understand this and I know that it isn't a lack of trust. I've had to learn that he's just not as open as I am."
-- Debbie Henthorn, Columbus, Ohio

"He throws his clothes next to the laundry basket. This is one of the most annoying things that he does. After 11 years, you would think he would finally see where the laundry basket is, but no. I've even tried moving the laundry basket to where the clothes land, but he still misses the basket. At this point, I think he might be doing it on purpose."
--Linda St.Cyr, Blakeslee, Pennsylvania

"My pet peeve is finding my washer full of paper towels. My husband has a habit of leaving paper towels in his pockets when he tosses his jeans in the hamper. It is so out of hand. Last week, I threw his jeans in the dryer, paper towels and all. The paper towels dried, I folded them into a tidy pile, and put them in his sock drawer to reuse. This habit is over for now."
-- Cathy Montville; Baldwinville, Massachusetts

"He loves to leave empty and unrinsed soda cans in the sink, even when the sink is empty and has just been cleaned. I rinse and recycle the cans and move on. The Frisky: 22 things we'll teach our sons about women

Minor annoyances are nothing in comparison to keeping the peace in a household. We all have annoying habits that can irk our significant others."
-- Pamela Chenevert, Sturbridge, Massachusetts

"My significant other has ADHD-TV, and he doesn't deny it. He can't watch television without changing the channel at every commercial. When he switches back, it is usually well into the program again. I don't think he has ever watched an entire show. The Frisky: 13 reasons she didn't want a second date

Too bad I can't find a 12-step program for people with ADHD-TV and their significant others. I end up retreating to the bedroom where I can watch my TV in peace."
-- Kimberly Ray, Valparaiso, Indiana

"The most annoying thing that a guy could possibly do is look right through you whenever the game is on. The rest of the time you're told you make a better door than a window, but somehow they can see through you then! Game time is the best time for "me time," though. I probably do the same thing when I watch Lifetime!"
-- Jody Morse, East Stroudsburg, Pennsylvania

"My husband never picks up after himself. I've spent years trying to teach him the joys of using a trash can, drawer, closet or cabinet. Unfortunately, he just doesn't get it. So I started trading off things that I hate to do with him, like taking out the trash, running to the store, etc., in exchange for picking up after him. It works for us."
--Charlotte Kuchinsky, Poquoson, Virginia

"He will ask me to watch a movie with him and then he logs onto the Internet and plays poker during the movie. He makes comments and I'll think it's about the movie, but then realize he's making a comment to another online player out loud. I usually leave the room or read a magazine because my interest in the movie is broken. I've told him this annoys me, but he still does it."
--Teresa Mahieu, Junction City, Kansas The Frisky: 20 annoying guy habits

"What doesn't annoy me! However, truly considering my only and beloved husband of 26+ years is no laughing matter. After all, he is the result of the best mistake I ever made. Still, my hubby's got his annoyances. His biggest may be weekend rearranging the man cave by dumping everything in the living room and starting over. My solution? Girlfriend weekend road trip!"
-- Lynn Pritchett, Tucson, Arizona The Frisky: 12 signs you're dating a loser

"My husband sometimes wakes me up earlier than I want to be awake, and does so by yelling, 'Babe, get up!' I get up startled and grumpy, and pretty much vow to make him pay. I then act ugly and obnoxious for an hour or so, until he does something sweet to make up (like take me to Starbucks), promising to never wake me up that way again. Until the next time."
-- Tricia Goss, Fort Worth, Texas

"My husband is ridiculously impatient in the car. It drives him crazy when he's stopped by a traffic light. He can't seem to slow down and enjoy the scenery since he's so intent on getting where he's going. I used to deal with it by criticizing his driving. Now I've learned to shut up since I'm the one who received the last few tickets. It isn't fair is it?"
-- Kristie Leong, Roanoke, Virginia The Frisky: 15 things to never, ever do on a date

"My husband is quite the prankster; he used to fall to the floor at random times and lay there, lifeless, as though he had passed out. I finally conveyed to him that if he ever really passed out, I probably would just walk away and assume that he was up to his usual tricks. I guess the thought of that really scared him, because he stopped doing it!"
-- Jamie Marable, Birmingham, Alabama

"My husband still fails to consider how long it takes to get the grill ready to cook, and then of course cook and let the meat rest. I love that he's interested in cooking and the results are always great, just not timely. My solution? I've given up nagging and just learned to make easy appetizers for the nights that he offers to grill."
-- Angela La Fon, Big Island, Virginia