Ask for a raise -- in this economy? 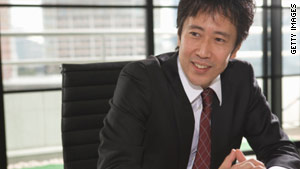 People have to sell themselves as a great asset to the company in order to get a raise, expert says.
STORY HIGHLIGHTS
RELATED TOPICS

(CareerBuilder.com) -- Ever since the economy went south last fall, workers have considered themselves lucky just to have jobs.

Complaints about annoying co-workers or boring meetings have been followed by, "Well, at least I've got a job to complain about."

That sentiment isn't misguided, but it also leaves workers vulnerable to unfavorable work conditions because they don't want to appear ungrateful. Maybe the fear of being fired (and easily replaced) in this economy is the stronger influence. Either way, employees can't let their fear outweigh their professional goals.

A common workplace ambition is to earn more money or, at the very least, be fairly compensated for a job well done. Salary talks are always tricky ventures, and they're made even worse with high unemployment figures sitting in the back of your mind. That shouldn't stop you from asking for a raise, said Marshal Backlar, president of Backlar Consultants.

"Let's put aside the economy and every other excuse, unless your company is on the verge of bankruptcy. The real issue is [whether you are] confident in the statement, 'I deserve a raise now,'" Backlar says. Deserving a raise is very different from wanting one.

"If your performance and the quantifiable results from your initiatives have exceeded expectations and have resulted in X increase in profits, Y cost savings, Z brand expansion or customer base ... then move forward," he said. "But remember, timing is important: Knowing your company's culture and climate, and your boss's mood and confidence, will enable you to choose your time well. Just as important, you must understand and respond to the 'them' part of the equation."

Look at it from the other side of the desk

Whether you can ask for a raise in this economy and whether you'll get one are two separate issues. Todd M. Schoenberger, managing director of LandColt Trading, isn't thinking about the unemployment figures when an employee asks him for a raise. He's thinking about many of the things Backlar mentioned, and then some.

"I have no problem with one of my directs coming to me asking for a raise -- actually, I would rather them come to me and give me an opportunity to give them something before they start down the path of looking elsewhere," he said.

In addition to how much they're worth to the firm and how much they cost (once he factors in business expenses and camaraderie with the rest of the team), he considers whether they're willing and able to take on more responsibility as a result of the pay bump.

"The third one is most critical because employees have to sell themselves if they want more money, and the best way to do that is to almost beg for new roles and responsibilities," Backlar explains. "Simply asking for more money because they just want more money isn't going to cut it and will actually look poorly upon the individual."

The best way to demonstrate your contribution and worth to the company is to spell it out on paper, said business development specialist Nancy Fox.

"Come with a one-pager of all your tangible accomplishments documented," Fox said. "This means you've likely been keeping a written accomplishment log so that you haven't forgotten what you've produced for the company."

But that's not your only task for the discussion. Fox said preparation and critical thinking are essential when discussing salary, and she's not just referring to the accomplishment log.

"You must time your conversation carefully," she said. "Don't set up the meeting to discuss this during a crisis or when your boss is late for a meeting or business trip."

Also think about whether your boss is the head of the company, or if he or she has to answer to someone else. If you're going to make a raise seem like the correct and logical action, you need to know what chain of command your boss will have to go through, Fox said. As a result, don't assume this one conversation is the final word on the issue.

"You must be prepared for a negotiation. 'If not now, can we schedule a date for the next conversation?' or, 'If not the dollar amount I had in mind, is there a more viable figure?'" Fox said. "In other words, the response may be 'no,' but not 'no forever.'"

Thomasina Tafur, consultant and entrepreneur, agrees that employees need to stay flexible during these talks.

"If you're not granted a raise, don't take it personally," Tafur said. "Simply ask what you need to do -- and don't accept that the economy has to improve; that's a weak excuse -- and then follow through and go above and beyond to achieve it." Tafur recommends looking at paid tuition, additional paid vacation days or even stock options if a permanent salary increase isn't possible.

However you look at it, asking for a raise is possible in this economy if you know your audience and have a plan. With the right approach, you could end up getting a bigger paycheck, more job responsibilities and a boost of confidence.