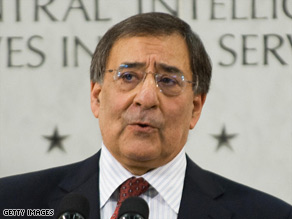 CIA Chief Leon Panetta says he does not plan to use coercive interrogation techniques on terrorist detainees.

The committee would look at how the agency carried out interrogation tactics and whether they provided useful information, the aide said. The review could be announced as early as Friday.

"The intention is not to find evil-doers or lawbreakers," according to the aide, but "the information will go where it goes." It was not immediately clear whether committee Republicans were on board with the review.

President Barack Obama issued an executive order in January that calls for a review of the Bush administration's controversial interrogation program to see whether any of the harsh techniques used should be retained.

The "enhanced interrogation techniques" included waterboarding, a method that simulates drowning and is considered torture by the new administration and around the world.

Any Senate review is likely to look into the CIA's detention program and secret prisons, the aide said. At this point, no public hearings are planned. The review process is expected to take up to a year, according to the aide.

CIA Chief Leon Panetta said Wednesday that he cannot envision any circumstance in which he would consider asking the president for permission to use a coercive interrogation technique on a terrorist detainee.

Panetta said he would cooperate with any congressional reviews or inquiries.

"If those committees are seeking information in these areas, we'll cooperate with them," Panetta said Wednesday. "I think that we have a responsibility to be transparent on these issues and to provide them that information."

"I would not support, obviously, an investigation or a prosecution of those individuals" involved in the interrogation program, Panetta said. "They did their job. They did it pursuant to the guidance that was provided them, whether you agreed or disagreed with it."

The Bush administration repeatedly insisted that suspected terrorists were not tortured during their interrogations. Then-President George Bush said in 2006 that top al Qaeda suspects had been held in secret prisons overseas and subjected to "alternative" interrogation methods, which he called "tough" but legal.

Former CIA chief Michael Hayden admitted last year that the agency had used waterboarding on three detainees while they were in U.S. custody.