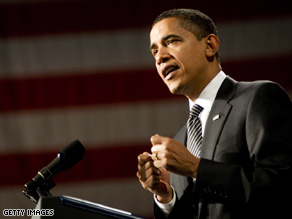 Obama's move will be hailed by advocates for those suffering from a host of afflictions, ranging from diabetes to Parkinson's disease, who believe that an expansion of stem-cell research could boost medical progress toward eradicating the debilitating diseases.

But many conservatives object to the destruction of human embryos because they contend that it ends a human life.

The officials said the administration is planning a Monday event at the White House at which Obama will overturn the executive order signed by President George W. Bush in August 2001. It barred the National Institutes of Health from funding research on embryonic stem cells beyond using 60 cell lines that existed at that time.

Tony Perkins of the conservative Family Research Council accused the White House of leaking the details Friday night so that the move gets little attention, declaring that it is "a slap in the face to Americans who believe in the dignity of all human life."

House Minority Leader John Boehner, R-Ohio, said, "Advancements in science and research have moved faster than the debates among politicians in Washington, D.C., and breakthroughs announced in recent years confirm the full potential of stem cell research can be realized without the destruction of living human embryos."

In addition to signing the executive order, Bush twice vetoed legislation -- in July 2006 and June 2007 -- that would have expanded federally funded embryonic stem cell research.

Bush's moves led to Democratic charges that he had put politics over science.