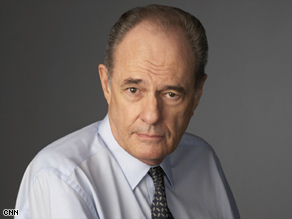 Watergate "went away" when Richard Nixon resigned the presidency in disgrace and left town never to be heard from in an official capacity again.

The Bush presidency is thankfully over...but the damage he and Dick Cheney did continues to press on the nerve of the American people like an impacted wisdom tooth. And until the questions surrounding arguably the most arrogant and perhaps most corrupt administration in our history are addressed, the pain won't go away.

From Nancy ("Impeachment is off the table") Pelosi to President Barack ("I want to look forward, not backward") Obama, the country is being poorly served by their Democratic government. And on this subject President Obama is dead wrong.

George W. Bush and his accomplices damaged this country like it's never been damaged before. And it's not just the phony war in Iraq or the torture memos that justified waterboarding. It's millions of missing emails and the constant use of executive privilege and signing statements.

It's the secretive meetings with Enron and other energy executives and the wholesale firing of federal prosecutors. It's trying to get the president's personal attorney seated on the Supreme Court and that despicable Alberto Gonzales sitting in front of congressional investigators whining, "I don't remember, I don't know, I...etc."

It's the domestic eavesdropping in violation of the FISA Court, the rendition prisons, and the lying. It's looking the other way while the City of New Orleans drowned and its people were left to fend for themselves.

It's the violations of the Geneva Conventions, the soiling of our international reputation and the shredding of the U.S. Constitution. It's the handing over of $700 billion to the Wall Street fat cats last fall, no questions asked. Where is that money? What was it used for?

It's the no-bid contracts to firms like Halliburton and Blackwater and the shoddy construction and lack of oversight of reconstruction in Iraq that cost American taxpayers untold billions.

If the Republicans were serious about restoring their reputation, they would join the call for a special prosecutor to be appointed so that at long last justice can be done.

It's too late for George W. Bush to resign the presidency. But it's not too late to put the people responsible for this national disgrace in prison.