Editor's note: Ed Rollins, a senior political contributor for CNN, is Senior Presidential Fellow at the Kalikow Center for the Study of the American Presidency at Hofstra University. He was White House political director for President Reagan and chairman of the National Republican Congressional Committee. 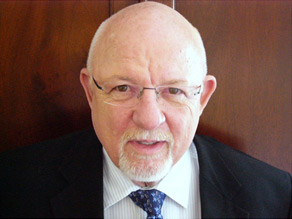 Ed Rollins says the GOP shouldn't go to war over the Sotomayor nomination to the U.S. Supreme Court.

NEW YORK (CNN) -- Almost everybody cheers for the underdog -- maybe not those born to upper-class standing with great advantages, but those of us who weren't always want the little guy to be victorious.

We want hard work and extra effort to be rewarded. Standing at the front of the East Room of the White House Tuesday morning were two Americans who clearly had started life as underdogs.

One is now our president, son of a Kenyan. The other is the daughter of Puerto Rican parents who is about to sit on the highest court in the land. Both were born without privilege. Both were raised in households with little cash, but much love. Both were raised by strong, devoted mothers who worked hard to support them.

Both were encouraged that through hard work and education they could go beyond the boundaries of their environment and their class. Somehow the flame of ambition was lit and both became outstanding students who didn't need affirmative action programs to get to the top of their class.

Both are extraordinary role models for the next generation of Americans and both will be historic figures. And the important thing is that both President Obama and Judge Sonia Sotomayor never forgot where they came from or the people who helped them move forward to such heights.

It was a day to make all Americans proud.

Now we begin a process that might not make Americans proud. The Senate confirmation hearings for Sotomayor will begin in the coming weeks and already the long knives are out. The historic role of the Senate to advise and consent to a president's judicial nominations has become in the last few years a process of "attack and condemn."

Unfortunately, the battle for the heart and soul of the Republican Party that has raged for the last several weeks is now spilling over into the debate over Sotomayor's ideology and judicial temperament. The challenge has been laid down by conservative commentators that "if not now, when!" The terms " radical liberal" and "reverse racist" are being bantered about, with more to come.

Those who have not been able to lay a glove on President Obama, with his 60 percent-plus approval ratings, now think they can define him by smearing Sotomayor.

For a political party that lost an election just six months ago by 9½ million votes, the second largest vote margin of defeat ever for a Republican presidential candidate, you would think we would shut our mouths and figure out how to get more votes in the future.

But instead we have gotten into a raging debate over the purity of the party and who's a better Republican. Dick Cheney, Colin Powell, Tom Ridge, Karl Rove, Rush Limbaugh and even Meghan McCain have had their say along with the new party chairman, Michael Steele.

But a political party is not a religion. We don't get up every weekend and go to our church or synagogue or mosque or wherever else we might practice our beliefs and pay homage to the great tenets of the Republican Party, or the Democratic Party for that matter.

Of all the things that are important to me, I don't get up every morning and say first and foremost I've got to go out and be a good Republican today and spread the gospel and beat up on President Obama and the wretched Democrats.

Like most Americans, I wake up every day and think about my wife, my daughter, my friends, my neighbors, my job and go to work. I worry about my favorite sports teams and whether they won or lost. I do think of myself as an American and thank the almighty that I have that privilege. And as an American, I do worry about the direction of my country and the decisions made by our elected leaders. That is where political parties matter.

Political parties are vehicles to help elect people to office. Elected officials are the name of the game. And what people do when they are elected is what matters to most Americans.

Here is where the conduct of the Republican Senators will have a big impact on the future of this party in this crucial rebuilding period.

Sotomayor will have a lifetime appointment on the Supreme Court. Senators, both Democrats and Republicans, have a right and an obligation to question her and get to know her views. But they must treat her with the respect she deserves and has earned.

Let me state that I am sure Sotomayor and I don't agree on very much. And I am sure some of her liberal rulings will drive me nuts. But President Obama won, is a liberal and gets to put liberals on the court. That's the way it works. Ideology aside, is she qualified?

There can be no debate over her qualifications. Her lifetime achievements in the academic world, in the legal world and the judicial world are unchallengeable. If that was the only measure, she would be confirmed unanimously.

That isn't going to happen! We are into full-bore political battle within the Republican Party, with conservatives and pragmatists arguing over what are the best tactics to stop the direction that this young president and his congressional allies are taking us.

But I just offer a word of caution. The confirmation of Sonia Sotomayor is not the battle to be waged and it won't be won. No one should be brutalized like Judge Robert Bork was in the 1980s. And no one should be rubber-stamped either.

Sotomayor is not deserving to be on the Supreme Court because she is Puerto Rican or a woman. She has been appointed by the president because she is extremely well-qualified. Judge those qualifications fairly and without malice. To do less will antagonize Hispanic and female voters, two voter groups Republicans must do better with to have any chance of electoral success.

Sotomayor, if confirmed, will be the 111th judge to sit on the court. One-hundred-six white men, two African-American men and two white women have gone before her. The appointment of a Hispanic-American is long overdue. Appointing another woman is critical also. But she's there because of her own accomplishments, not her gender or her heritage.

Republicans are in a position where we are the underdogs. Unfortunately, no one is cheering for us to win. These nationally televised hearings may be an opportunity for Republican senators to take a step in the right direction. Don't treat her like a lady. Treat her like an extremely qualified American who the president chose to elevate to the nation's highest court.