WASHINGTON (CNN) -- Al Qaeda operatives are leaving the battle zones along the Afghanistan-Pakistan border and heading for Somalia and Yemen, where they have set up training camps, according to U.S. intelligence officials. 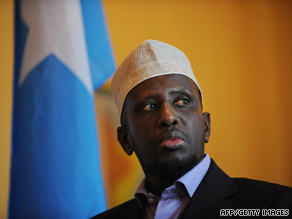 The officials believe that al Qaeda may see the Horn of Africa as its new headquarters after dozens of attacks from U.S. drones along the Afghanistan-Pakistan border.

The officials could not be named because of the sensitive nature of the information.

However, CIA Director Leon Panetta said the intelligence agency is keeping tabs the region as a possible destination for fleeing al Qaeda operatives.

"Our concern right now is that likely safe havens are areas in the Horn of Africa, like Somalia and Yemen, that are countries that because of their political status can be attractive to al Qaeda in order to operate there," Panetta said Thursday.

"We are focusing on those countries as well in order to ensure that there is no safe haven for al Qaeda as we continue to pressure them, continue to push them and hopefully continue to make the effort to destroy them, not only in Pakistan but throughout the rest of the world."

Residents and journalists in Mogadishu, Somalia's capital city, have reported seeing foreign fighters among Al-Shabaab, the radical Islamic militia that is battling to overthrow the weak transitional government.

Al-Shabaab is blamed for a surge of violence in Somalia as insurgents fight the government to implement a stricter form of Islamic law, or sharia.

The rebel group has said it has recruited many fighters in its battle. Al-Shabaab, also known as the Mujahedeen Youth Movement, was officially designated as a terrorist organization by the U.S. government in March 2008.

"Al Qaeda was running training camps in Somalia in the early and mid-1990s," he said. "If this is now coming back, this is something that al Qaeda has already done, and it's worrisome for the future.

"The fact that we're seeing evidence of this already happening in both Yemen and Somalia suggests that, A, the drone program in the tribal areas of Pakistan has been effective, but, B, you know it's pushing al Qaeda into areas where they'll build up larger operations."

All About Somalia • Al Qaeda