WASHINGTON (CNN) -- Vice President Joe Biden promised Thursday that President Obama will delve into specifics when he tackles health-care reform in a highly anticipated speech to a joint session of Congress next week. 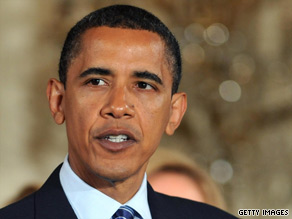 President Obama has until now left the details of health care reform to leaders in Congress.

The president will be "laying out in understandable, clear terms" what the administration wants for health care when he addresses Congress on September 9, Biden told an audience at the Brookings Institution.

"I think the prospects for success are high," he said. "We're going to get something substantial ... (but) it's going to be an awful lot of screaming and hollering before we get there."

The vice president said major reform eventually would pass Congress in part because spiraling health-care costs have transformed traditional opponents of reform into supporters of change.

Businesses can't compete "with that ball and chain they're dragging" in terms of health-care costs, he said. Doctors saddled with growing costs and burdens also "desperately" want reform, he argued.

Watch what Biden has to say on upcoming speech »

A key member of the House Democratic leadership, California Rep. Xavier Becerra, echoed Biden's promise of success, arguing Thursday that most Democrats "are prepared to take (the) leap" when it comes to health care.

"We've had all of August to tell people how we're going to (proceed). Now it's time to start to get ready to take the jump," Becerra said at a Capitol Hill news conference.

The predictions came one day after the administration revealed Obama's plan to deliver a rare congressional address. It will be Obama's second speech to the full Congress since he took office in January.

So far, Obama has outlined broad principles for what he would like in health-care reform, but he has left most details to leaders in Congress. Democratic proposals in both chambers have come under withering Republican opposition and fierce attacks by conservative commentators. Opinion polls show a deep public divide on the issue.

Several leading Democrats and political commentators have encouraged Obama to lay out his own specific plan now, with Congress returning to Washington after an August recess that was full of rancorous town meetings on health-care reform.

White House aides said earlier this week that the dynamic of the debate has changed, creating the opportunity for Obama to step in.

"We're entering a new season," senior adviser David Axelrod said. "It's time to synthesize and harmonize these strands and get this done."

Two sources familiar with the health-care negotiation revealed Wednesday that Obama and his top aides have recently stepped up talks with moderate Republican Sen. Olympia Snowe of Maine on a scaled-back health-care bill.

The compromise plan would lack a government-run public health insurance option favored by Obama but would leave the door open to adding that provision down the road under an idea proposed by Snowe, the sources said.

The modified proposal would include insurance reforms, such as preventing insurance companies from denying coverage to people with pre-existing conditions, one of the sources said.

The potential deal would give insurance companies a defined time period to make such changes in order to help cover more people and drive down long-term costs. But if those changes failed to occur within the defined period, a so-called "trigger" would provide for creating a public option to force change on the insurance companies, the source said.

On Thursday, House Speaker Nancy Pelosi -- who strongly favors a public-insurance option contained in various health-care proposals in the House and Senate -- warned the insurance industry against gambling that it could avoid the triggering mechanism under such a compromise.

"If they want no public option but a trigger, you can be sure that the trigger will bring on a very robust public option," said Pelosi, the top House Democrat. "So if I were advising the insurance companies, I would tell them take this bill as it is now, because if you don't perform and ... there is a trigger, it's not going to be one of those little flags that come out of the end of the barrel."

In the Senate, Snowe is pivotal to the health-care debate because she may be Obama's last possibility for getting a Republican to support his push for a health-care overhaul.

She is one of the so-called "Gang of Six" members of the Senate Finance Committee -- three Democrats and three Republicans -- involved in separate negotiations on the only bipartisan health-care proposal in Congress so far.

However, the slow pace of those talks and recent partisan attacks by the other two Republicans in the negotiations have dimmed hopes for a breakthrough, leaving Snowe as the only Republican senator that White House aides believe they can work with on the issue.

Snowe first proposed the so-called "trigger" idea for a public option months ago and has talked to Obama about it on several occasions, according to a source familiar with the discussions.

Allies of the president hope that if Snowe accepts a health-care agreement, she might bring along her Republican colleague from Maine, moderate Sen. Susan Collins.

Getting some Republicans to sign onto a proposal might also improve Obama's chances of gaining the support of key moderate Democratic senators such as Ben Nelson of Nebraska, Mary Landrieu of Louisiana and Blanche Lincoln of Arkansas. All three are skeptical of a government-run public option supported by their more liberal fellow Democrats.

Despite the flurry of direct talks this week between Snowe and White House staff, Snowe aides insist she remains engaged in the "Gang of Six" bipartisan talks that have been going on for months. Those talks have focused on creating nonprofit health insurance cooperatives instead of a public option to force competition and lower medical rates.

The source familiar with Snowe's discussions with the White House says Snowe's trigger idea isn't being considered in the bipartisan negotiations because of early resistance from fellow Republican negotiators, especially Sen. Mike Enzi of Wyoming.

Enzi and the other Republican negotiator, Sen. Charles Grassley of Iowa, both insist they are still committed to the bipartisan negotiations.

"I am still working with (the) other members of the so-called Gang of Six. These discussions ... have been productive, and I plan to continue with them," Enzi said in a statement released Thursday.

Enzi's and Grassley's recent sharp criticism of Democratic health-care proposals favored by Obama, however, has caused tense relations with the White House.