WASHINGTON (CNN) -- Amid nervousness about states' economies and a growing unemployment rate, the Obama administration is considering a series of measures aimed at putting many Americans back to work before the 2010 midterm elections, sources close to the process told CNN. 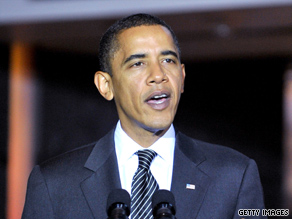 Obama is considering measures to help Americans back to work before the 2010 midterm elections, sources say.

The effort is largely being directed by the Treasury Department and Lawrence Summers, director of the National Economic Council, one source said.

Ideas include enhancing tax credit flexibility for small businesses, extending unemployment and health benefits and offering states temporary "loan packages" to help governors get through the worst of the recession.

Unlike the stimulus package, the loans to states would be voluntary: "We would like to avoid the stimulus problem," the source said.

Other options being examined by the White House, according to two Democratic sources close to the process, include extending the $8,000 tax credit for new home buyers, set to expire November 30.

Some of the ideas, such as enhancing business tax incentives, would naturally appeal to Republicans. But problems remain, the sources said. The biggest is the price tag. Treasury is attempting to find a way to pay for the plans, but there isn't much money to be found.

Secondly, attempts at getting some Republican leaders in the Senate on board have not been fruitful. One supporter, however, is Sen. Olympia Snow of Maine, who has made the tax incentives a priority while she mulls over her vote on health care reform, the sources said.

There's also what the Democratic officials call "bailout fatigue" -- people are tired of hearing about the government spending more money, particularly in the middle of the health care battle and potentially higher costs in Afghanistan.

And some of the items, such as extending unemployment benefits, do not create new jobs, as President Obama pledged to do in Saturday's radio address, although they do provide a safety net to those who need one.

There is some concern at the White House over Republicans attacking a "second stimulus" bill, which would imply the first $787 billion stimulus effort failed, the Democratic officials said. That concern, along with worries over the cost, is why the White House will not call the effort a second stimulus bill, but instead will attempt to brand this as a small economic recovery plan aimed at sensibly enhancing the first, the sources said.