WASHINGTON (CNN) -- President Obama's national security team will begin discussing the number of troops needed in Afghanistan as early as Friday, according to a White House spokesman. 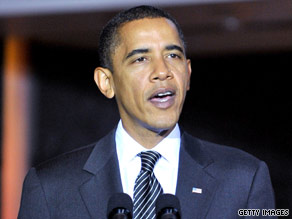 President Obama is weighing whether to send an additional 40,000 troops to Afghanistan.

Rising violence and the resurgence of Taliban and al Qaeda forces in Afghanistan have put the Obama administration on defense as the war enters its ninth year. On Wednesday, Obama met with the group at the White House -- the third of five scheduled meetings.

The White House has been working with Gen. Stanley McChrystal, the top commander in Afghanistan, who reportedly called for 40,000 more troops to carry out a counterinsurgency strategy.

In an unusual move, Obama asked for and received the "informal" troop and resources request by McChrystal before the two met last Thursday in Copenhagen, Denmark, Pentagon spokesman Geoff Morrell said Wednesday.

The discussion of troop levels appears to some to be a departure from the administration's insistence that the Afghanistan strategy must be decided before any resources can be considered.

But White House Press Secretary Robert Gibbs said the introduction of troop levels did not mean resource levels were being decided first.

"The president is very content not to do this backwards. Not to pick a number of troops and devise a strategy but to go through this in a rigorous way," he said.

"We are not pre-judging the outcome of the discussion based on some range of resources."

As part of the strategy review, some discussion of resources is necessary, a senior U.S. official said.

The chiefs of staff for the four military services held an hour-long meeting on Tuesday to give Adm. Michael Mullen, the Chairman of the Joint Chiefs of Staff, their views on Afghanistan and the impact of sending more troops, two defense department officials said.

The president's receipt of the informal version of the resource request -- before it had been reviewed and commented on by McChrystal's superiors, including Mullen and Defense Secretary Robert Gates -- is a departure from the traditional process.

The principals involved in the president's review of Afghanistan strategy were given the same document on Monday, Morrell said.

Morrell said the move was not an attempt to circumvent the chain of command or an indication that a strategy has been settled on.

As the Obama administration hashes out internal differences, top Republicans and some moderate-to-conservative Democrats are calling for the president to listen to McChrystal.

"I really think that the president's going to have to listen to Gen. McChrystal. He's his man. He's his pick," said Rep. Ike Skelton, D-Missouri. "This is a matter of national security."

Watch what congressional leaders had to say about the meeting »

Rep. Peter Hoekstra, R-Michigan, said Wednesday that whatever the president decides, he must lead "boldly in a mission that needs to be successful, outline his case to the American people and then align all of our resources ... to execute the strategy that he selects."

The war has claimed the lives of 865 Americans and 570 allied troops, and U.S. public support for the conflict has slipped sharply in the past two years.

But Republicans worry that time is not a luxury Obama can afford.

"It's pretty clear that time is not on our side," said Sen. John McCain, the ranking Republican on the Senate Armed Services Committee. "We need to act with deliberate haste."

"Our troops are waiting for an answer. The Afghan people are waiting. Our enemy, the Taliban, is not waiting. They are encouraged by our inaction. They believe we will falter."

All About Afghanistan • Barack Obama