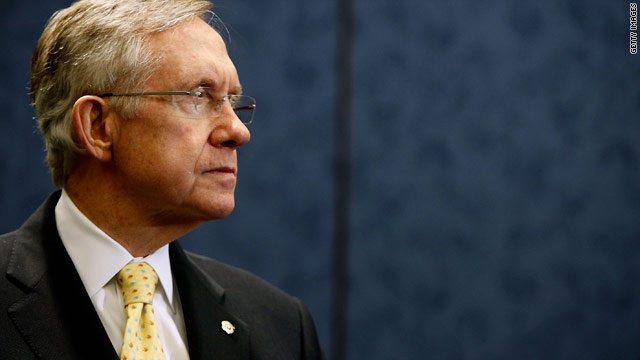 (CNN) -- The House squeaked out its version of health care reform and now President Obama is putting pressure on the Senate to do the same so he can sign a bill before the end of the year.

Senate Majority Leader Harry Reid has said he hopes to start debate next week on whether to send his bill to the floor. The Congressional Budget Office is appraising components of Reid's legislation.

But a handful of moderate Democrats might determine whether Reid's bill is debated.

Republicans are basically united in opposition to Reid's plan. With 60 votes needed to start debate on the legislation, Reid needs all 58 of the Democrats in the Senate and the two independents who caucus with them to vote his way.

Time is ticking away on reaching Obama's goal. Democrats are already doubtful that they'll be able to reach it.

The Senate will have a week to get its bill to the floor before it begins its traditional break for Thanksgiving, although some tell CNN that they could stay in the capital the early part of the week before breaking for the holiday.

That leaves the early part of December before they break again for the holidays at the end of the month.

That leaves little time to reconcile differences within the Senate before resolving differences between whatever emerges from the Senate and the House bill.

To secure the votes of anti-abortion Democrats, House Democratic leaders passed a health care bill that prohibits abortion coverage in a government-sponsored plan and in private plans that accept anyone using government subsidies to buy insurance coverage.

In the Senate, Sen. Ben Nelson, D-Nebraska, said he would vote against any bill without those restrictions. But abortion rights Democrats, including many of the 17 Senate women, may object.

For now, Nelson said he hasn't decided whether he will give his party his vote, since he hasn't seen the actual bill.

In fact, no one has seen the Senate bill.

Reid won't release the legislation until he knows the cost of the bill. He has been waiting nearly three weeks for the nonpartisan Congressional Budget Office to return its score, or cost. Reid's aides said they expect the CBO's score any day.

Democratic strategist and CNN contributor James Carville said while he thinks the Senate can move health care legislation forward, it needs an assist from President Obama.

Obama on November 7 met behind closed doors with House Democrats to shore up support for their health care bill, which passed on a 220-215 vote. One Republican, Rep. Anh "Joseph" Cao of Louisiana, supported the bill. Thirty-nine Democrats voted against it.

But Obama left Thursday for a weeklong trip to Asia, so any in-person pushes from him will have to wait.

Asked when Reid hopes the legislation will get to the president, Rodell Mollineau, one of Reid's top communication staffers, said, "our goals remain unchanged."

"We want to get health insurance reform done this year, and we have unprecedented momentum to achieve that."