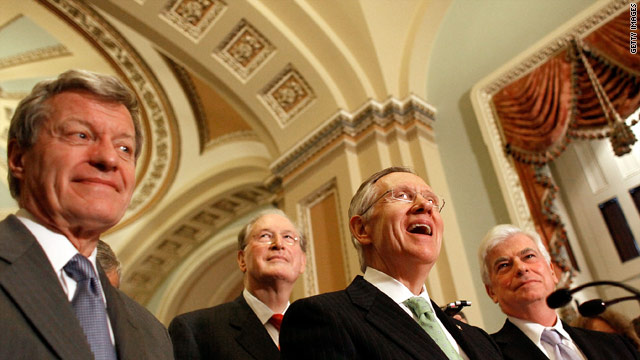 Washington (CNN) -- November and December tend to be a typically slow time for Congress as it wraps up business before a new session begins.

But not this year.

The Senate is expected to soon return to health care reform, the legislative lightning rod of 2009. Most analysts expect it to be an engaging debate.

But will Americans be paying attention as they carve the Thanksgiving turkey and shop for the holidays?

Analysts say yes -- and that Americans are more tuned in than ever.

"I do think the audience for this debate will go beyond 'inside baseball,' though it won't extend beyond the already politically engaged electorate," says Frances Lee, a political scientist with the University of Maryland. "I would expect this debate to be equally engaging, though it will also be far longer."

Lee says the Senate debate is "sure to draw a big audience by the normal standards for such things."

It's a point with which Senate Historian Donald Ritchie agrees.

"I think what's been unusual about the health care debate is that the public has been following it from the very beginning," he says. "They've actually been watching it going through the committee systems, through the markup systems."

Ritchie adds, "Certainly the public has paid a lot [more] attention to this than almost any other piece of recent legislation. I don't think they [the public] will tune out to the floor debate."

The floor debate over health care in the Senate will be of "higher caliber" than the debate in the House, Lee argues.

"With their superior resources in terms of staff and debate time, the Senate's speeches are better staffed out and better developed than the House's," he says.

During health care debates in the House, Republicans came down hard on what they deemed a government takeover of one of the most important domestic policy issues. In one instance, supporters of the Democrats' bill chastised House Republicans -- opposed to the House bill -- for bringing children on the House floor as they debated the bill.

The sentiment in the Senate, meanwhile, could be just as tense.

"The rhetoric will undoubtedly be extremely harsh, as it was in the House. The level of party polarization will be almost the same as that in the House," Lee says.

That polarization in Congress is somewhat mirrored in the American public's view on health care reform.

A CNN/Opinion Research Corp. Poll taken November 13-15 suggests that 46 percent of Americans favor the bill that passed in the House on November 7 by a 220 to 215 margin, with 49 percent of the public opposed to the legislation.

"Roughly one in three Americans opposes the House bill because it is too liberal, but one in 10 oppose the bill because it is not liberal enough," according to CNN Polling Director Keating Holland. "That may indicate that a majority opposes the details in the bill, but also that a majority may approve of the overall approach taken by House Democrats and President Obama."

"The public expects that a Democratically controlled Congress and a Democratic president can get their act together on health care and pass something by next year," Holland says. "That puts pressure on the party to showcase some sort of accomplishment on health care by the time next year's midterm elections roll around."

Could the approach of the 2010 midterm elections be a factor in the public's intrigue with the intricacies and political "sausage-making" of the legislative process?

The average person is more worried about getting ready for Thanksgiving and the holidays than looking ahead to the election, according to Nathan Gonzales, political editor of the Rothenberg Political Report.