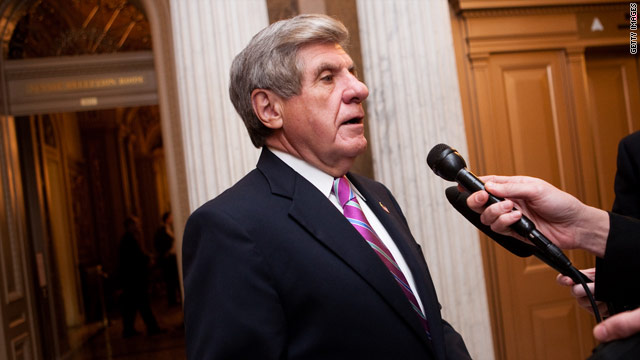 Washington (CNN) -- The Senate on Tuesday rejected an amendment to tighten restrictions on federal funding for abortion in the sweeping health care bill it is debating.

On a 54-45 vote, the chamber agreed to table the amendment, which effectively killed it from further consideration. Rejection of the amendment means the Senate health bill, if approved with the current abortion language, would differ from more restrictive language in the House version of the bill passed last month.

Anti-abortion legislators said the amendment would maintain the current level of restriction by preventing any federal funding for abortion except in the case of rape, incest or a threat to the life of the mother.

How to read the health care bills

Hatch argued Tuesday that the Senate proposal as originally written provides a loophole for the use of federal money to subsidize health insurance that would cover abortion.

"Taxpayers should not be called upon to pay for abortion," Hatch said.

Other GOP senators said the strong opposition by millions of Americans to federal funding for abortion should be respected by passing the amendment to tighten restrictions.

Nelson had warned that without the amendment, he could vote against ending debate on the bill.

Senate Majority Leader Harry Reid, D-Nevada, needs 60 votes to close debate on the bill and bring it to a vote, and 51 votes for final passage. In the Senate, the Democratic caucus has 60 members. If Nelson or any other Democrats break with the caucus, Reid will need some Republican support to move forward.

Opponents of the tougher language argued that the amendment would expand the current level of restriction because women receiving coverage under a federally subsidized health care plan would be barred from purchasing abortion coverage with their own money.

"Why are women being singled out here? It's so unfair," said Sen. Barbara Boxer, D-California, adding there is no medical procedure for men that cannot be purchased with private funds.

Sen. Debbie Stabenow, D-Michigan, said the real goal of the amendment is to deny women covered by government-funded health care the right to get an abortion.

"Let's keep federal policy in place that does not allow federal funding for abortion but respects the women of this country," Stabenow said.

Maine's two Republican senators -- Olympia Snowe and Susan Collins -- both joined Democrats in voting to table the amendment, while seven Democrats voted with the chamber's other 38 Republicans against killing the proposal.

The House adopted its restrictive language as part of a last-minute concession to anti-abortion legislators who threatened to defeat the health care bill without a vote on the provision.

Reid, D-Nevada, said earlier Tuesday he would continue to work with Nelson on the issue if the Nebraska lawmaker's amendment failed.

"I'm happy to work with him," Reid said. "If, in fact, he doesn't succeed here, we'll try something else."

If the Senate eventually passes a bill that gets merged with the House version, the abortion language will be a crucial issue. An anti-abortion bloc in the House threatens to reject a bill without the tougher language adopted by the chamber, while a liberal-progressive House bloc has said it won't accept a bill with the more restrictive provision.

Without revealing any details, Reid said the negotiating senators had reached an agreement that "moves this bill way down the road."

Two Democratic sources said the deal includes proposals to replace the public option by creating a not-for-profit private insurance option overseen by the federal Office of Personnel Management, much like the current health plan for federal workers, and another allowing people 55 and older to buy into Medicare coverage that currently is available to those 65 and older.

But Sen. Russ Feingold of Wisconsin, one of 10 Democratic senators working on the deal, said in a statement released after Reid's announcement that he would not "support proposals that would replace the public option in the bill with a purely private approach."