Autopsy to be performed on Travolta's son 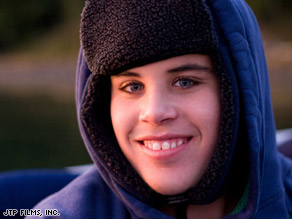 An autopsy is scheduled for Monday to determine Jett Travolta's cause of death.

Jett Travolta, 16, was found unconscious Friday while on vacation with his family in the Bahamas. He was taken by ambulance to a hospital and pronounced dead on arrival, local police said.

Doctors will conduct an autopsy Monday, and the boy's body later will be transferred to Ocala, Florida, for burial, Travolta attorney Michael Ossi said.

In a statement posted on the actor's Web site, Travolta and his wife, Kelly Preston, described Jett as "the most wonderful son that two parents could ever ask for and lit up the lives of everyone he encountered."

Gallery: Jett Travolta and his family »

"We are heartbroken that our time with him was so brief," they said.

Jett Travolta had a seizure Friday at the West End resort where the Travoltas were staying, Ossi said.

Watch how the boy had a history of seizures »

Bahamian police said that a caretaker at the resort found the teenager unconscious in the bathroom.

Ossi said that Jett struck his head on the bathtub after the seizure.

Watch what could have happened to Jett Travolta »

Jett's death "was completely out of the blue," he said Friday. "John and Kelly are happy when their children are happy. This is the worst day of John's life."

The Travoltas, who arrived in the Bahamas on Tuesday, bought property there several years earlier, said former Bahamian Tourism Minister Obie Wilchcomb, who rushed to the hospital Friday to be with the family.

"Mr. Travolta spent a tremendous amount of time with his son Jett. He never left him at home. He always brought him with him. And once you saw John Travolta, you saw his son Jett. They were very close, very affectionate. Lots of love you see at all times," Wilchcomb told CNN's "Larry King Live."

The teen had a developmental disability that his parents have linked to Kawasaki disease, an inflammatory disorder of the artery walls that most commonly occurs in young children and that can lead to heart disease.

According to the American Heart Association, "About 80 percent of the people with Kawasaki disease are under age 5. Children over age 8 are rarely affected."

The causes of Kawasaki disease are unknown. Some scientists think it's caused by an infectious agent, such as a virus. Some studies have noted a link between the disease and carpet-cleaning chemicals.

"With my son ... I was obsessive about cleaning -- his space being clean, so we constantly had the carpets cleaned," John Travolta told CNN's King in 2001. "And I think, between him, the fumes and walking around, maybe picking up pieces or something, he got what is rarely a thing to deal with, but it's Kawasaki syndrome."

The boy was about 2 at the time he developed the illness, the actor said.

The Travoltas also have a daughter, Ella, 8.

All About John Travolta