Review: 'This Is It' a Jackson triumph 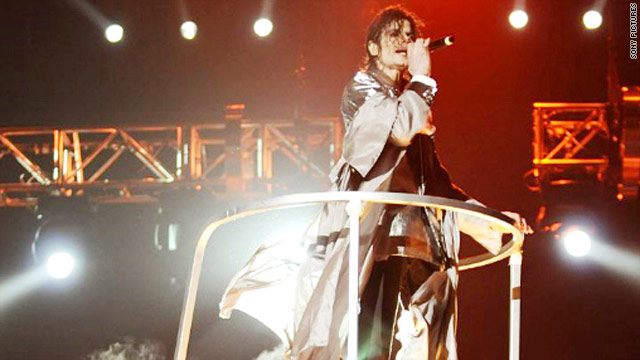 Kenny Ortega's record of Michael Jackson in rehearsal in the days and weeks before his untimely death in June has been a red-hot advance ticket all over the world, even while fans worried about what the film would reveal about the singer's fitness on the verge of the planned 50-date engagement at London's O2 arena.

He's as thin as a rail, so thin that his trilby looks a size too big for him. But any cynical speculation that the King of Pop headed for the exit to save himself the embarrassment of a flop -- that he wasn't just past his prime but incapable of living up to his own legend -- just won't fly.

From the evidence Ortega shows us, "This Is It: the concert" would have been as thrilling and spectacular as his audience hoped it would be. Jackson may have been broke, but this would have been a no-expense-spared extravaganza. More important, creatively, it's obvious he was far from a spent force.

Admittedly, there is no way to tell from the movie whether "MJ," as his collaborators call him, would have mustered the stamina for the demanding schedule he had signed up for.

Ortega, the choreographer-turned-director who worked with Jackson on the Dangerous World and HIStory tours, categorically has not made a cinéma vérité documentary portrait of Jackson on his last legs. This is no death-watch expose. Quite the opposite: It's a slick, "professional" celebration of a great entertainer at work and much more of a concert film than might have been expected.

Video: 'This Is It' world premiere

Video: 'This Is It' red carpet

Video: iReporter reviews 'This is It'
RELATED TOPICS

Ortega dates the first scenes as April 2009 but leaves it at that. The rehearsal footage, we're told, was shot for Jackson's private library -- and there's a lot of it (the entire show, probably), a dozen of the greatest hits filmed on two or more cameras, and often across at least two rehearsals.

This is augmented by relatively brief clips from filmed segments intended for use in the concert, including a new 3-D "Thriller" video and a film noir number that puts a monochrome Michael on the run from trigger-happy Humphrey Bogart ("Smooth Criminal").

There are also sensibly brief interviews with the show's dancers and musicians, none of whom sheds any insight on Jackson the man or the artist but all of whom attest to his incredible charisma.

Happily, we can see that for ourselves. At 50, Jackson wasn't a pretty young thing any longer; close-ups confirm what a terrible travesty he'd made of his face, with his cleft Kirk Douglas chin and a nose that looks like a cartoonist's impression of a skate ramp. But this inspired dancer still had the moves, and even when he's singing well within himself (which is most of the time, here) we can appreciate his fine phrasing, his superb sense of rhythm.

Maybe the movie's greatest pleasure is witnessing how he gently, firmly coaxes out the sound he's hearing in his head from his musical collaborators: insisting on a longer pause or a funkier bass or more dramatic punctuation. "Rapport" would be too intimate a word -- royalty remains untouchable, and not even Ortega seems comfortable putting his arm around Michael's shoulders -- but Jackson could communicate musical ideas with a joy and exuberance that anyone can understand.

His cast and crew, who were also his last live audience, invariably light up whenever Jackson is performing.

And always the sound and the staging seem indivisible in his mind. It shouldn't come as any surprise, but after decades of idle tabloid gossip, lies and innuendo, it's a relief to be reminded of Jackson's prodigious talent, the consummate care and craftsmanship underneath all the razzmatazz.

The performances here are not the finished article. He wasn't, evidently, a man to show up at rehearsals in jeans and T-shirt, but for one rehearsal he sports bright orange trousers and a silver lamé jacket; at another, a red shirttail hangs half in, half out of his trousers. There are mistakes, modifications, mild disgruntlement -- though we're never shown anything resembling a temper tantrum.

"That's why we rehearse," Jackson murmurs more than once, sanguine that everything will be all right on the night.

It wasn't to be. We'll never experience Jackson's "final curtain call" as he envisaged it for himself. But "This Is It" gives us a glimpse of a more human Michael Jackson than the King of Pop ever presented in his lifetime. Imperfection suits him better than he knew.

"This Is It" runs 112 minutes and is rated PG. For Entertainment Weekly's review, click here.