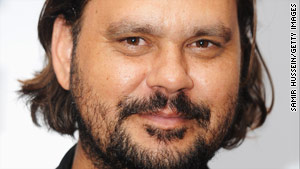 (CNN) -- An Australian drama featuring two indigenous kids living in the middle of the vast continent has taken the top prize at Asia-Pacific's film awards.

A love story, it traces the lives of two 14-year-old Aborigines living in the desert, giving a glimpse of a world rarely depicted on screen.

"Samson & Delilah" has also been feted in Australia's film awards: Six major awards at the recent Inside Film Awards in Australia and it has been nominated for 13 Australian Film Institute Awards.

Other winners included Israeli director Elia Suleiman for his film out of the Palestinian Territories, "The Time That Remains," which examines the creation of the state of Israel. It was the first time a Palestinian film was nominated at the APSAs.

Suleiman shared the Jury Grand prize with Iran's Asghar Farhadi for "About Elly," about a girl who disappears on a family trip. Farhadi also won the Best Screenplay award for penning the film.

Acting plaudits went to Japan's Masahiro Motoki for his role as a newly unemployed cellist who takes a job preparing the dead for funerals in Yojiro Takita's "Okuribito" ("Departures").

Thirty-seven films representing 16 countries and territories, from Korea to Iran, were finalists at this year's awards.

The APSA awards were established in 2007 by Queensland State Government along with UNESCO, CNN International and International Federation of Film Producers Associations (FIAPF).

The winners in the third annual Asia Pacific Screen Awards are: