Filmmaker Polanski out of jail 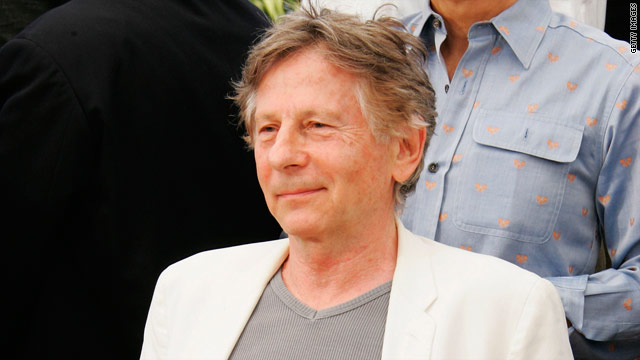 Roman Polanski has been battling extradition to the U.S. since late September.
STORY HIGHLIGHTS

Polanski was released "pending extradition" to the United States, the Swiss Department of Justice and Police said in a statement. Polanski faces a sex-offense charge from the 1970s that involves a girl who was 13.

He is under house arrest at his chalet in Gstaad, Switzerland, the department said.

His house has been fitted with an electronic monitoring system that will trigger an alarm if Polanski leaves the premises or removes a bracelet that tracks his movements, the statement said.

A judge ruled last week that Polanski could be freed -- under house arrest -- if he posted bail of 4.5 million Swiss francs ($4.5 million).

He was moved to an undisclosed location Thursday because of security concerns, Swiss federal police spokesman Falco Galli said.

The Oscar-winning director was arrested in Switzerland in September on a U.S. arrest warrant stemming from a 1977 sex case.

Polanski, 76, pleaded guilty in August 1977 to having unlawful sex with a 13-year-old girl five months earlier. He was 43 at the time. Los Angeles, California, prosecutors dropped other charges in exchange for his guilty plea.

But Polanski fled the United States before he was sentenced, after he learned that the judge might not go along with the short jail term he expected to get in exchange for his agreement to plead guilty.

Video: Polanski out of jail

Polanski remained free, mostly living in France, before his arrest in Switzerland. Los Angeles authorities said they sought his arrest when they learned that he would be traveling to Switzerland for a film festival in September.

The victim came forward long ago and made her identity public, saying she was disturbed by how the criminal case had been handled. Samantha Geimer, now 45 and a married mother of three, called in January for the case to be tossed out.

Polanski agreed to pay Geimer $500,000 to settle a damage claim she filed against him nearly 12 years after the crime, according to court papers released October 2.

Polanski still owed the money -- plus $100,000 in interest -- three years after the 1993 settlement, according to the documents.

Geimer sought money for damages suffered when Polanski had sex with her. She claimed that Polanski plied her with alcohol and Quaaludes during a photo shoot at the Hollywood Hills home of actor Jack Nicholson.

It's not clear whether Polanski completed paying the debt to Geimer, although the court papers document efforts by her lawyers to garnish residuals and other payments owed to Polanski by the Screen Actors Guild, movie studios and other Hollywood businesses.

Among Polanski's film credits are "The Pianist," "Chinatown," "Repulsion," "Rosemary's Baby," "The Ninth Gate" and "Tess."