LONDON, England (CNN) -- Michael Jackson may soon return to the stage, at least for a "special announcement." 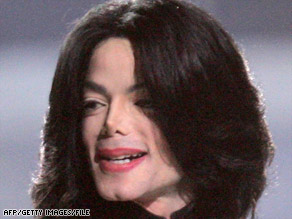 Pop star Michael Jackson has been the subject of recent rumors about his health and about a comeback.

The pop star has scheduled a news conference Thursday at London's O2 arena, the same venue where Prince sold out 21 nights in 2007, according to London's Outside Organisation.

Although the short statement announcing Jackson's news conference did not reveal any details, Britain's Sky News reported Wednesday that the 50-year-old King of Pop has agreed to a series of summer concerts at the O2.

Rumors have circulated for years about a possible Jackson concert comeback, just as speculation has abounded about his physical and financial health.

Jackson's reclusive lifestyle -- and a photo last year of him being pushed in a wheelchair -- created fertile ground for health rumors.

When a London tabloid reported in December that Jackson was battling a potentially fatal disease that required a life-saving lung transplant, his publicist responded that he was "in fine health" and that the story was "a total fabrication."

Jackson's financial troubles in the past year have included the near-foreclosure of his Neverland Ranch in California, which he later sold.

Jackson has not lived at Neverland since June 2005, after a Santa Barbara County jury found him not guilty of child molestation charges.

All About Michael Jackson • London